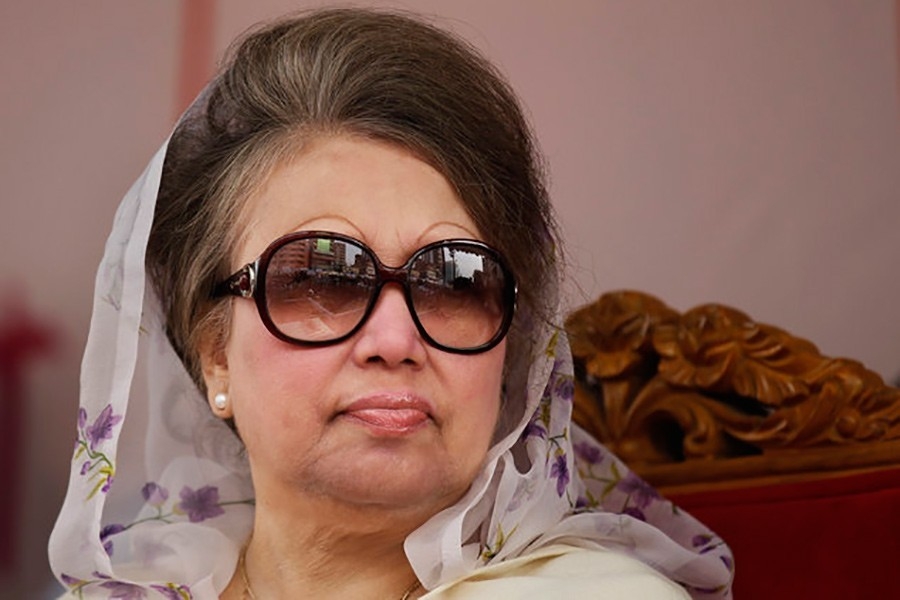 Home Minister Asaduzzaman Khan on Wednesday said BNP Chairperson Khaleda Zia is going to be released from jail shortly as all the necessary procedures in this regard have already been completed.
“The executive order for the suspension of Khaleda Zia’s sentences will come into effect very shortly as all the necessary processes have been completed,” he said.
The minister came up with the remarks while talking to reporters at his secretariat office.
Khaleda Zia’s family recently submitted an application to the government seeking an executive order to have the BNP chief released for her treatment in London.
Her brother Shamim Eskandar, sister Selima Islam, and her (Selima’s) husband Dr Rafiqul Islam met Prime Minister Sheikh Hasina and made an appeal for her release through the executive order.
Under the circumstances, the former prime minister’s sentences have been suspended as per section 401 (1) of Criminal Code of Procedure (CrPC), said Law Minister Annisul Huq on Tuesday.
Khaleda has been in jail since she was convicted in the Zia Orphanage Trust corruption case on February 8, 2018.
She was found guilty in another corruption case later the same year, though her party claims both cases are politically motivated.