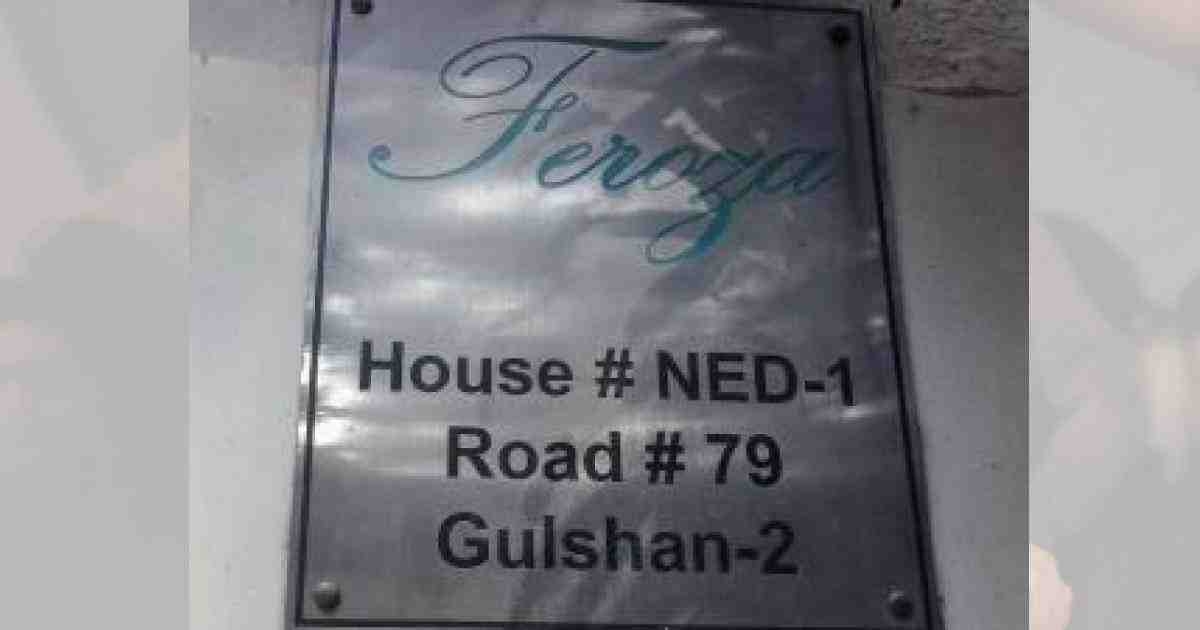 ‘Firoza’, the posh home of BNP Chairperson Khaleda Zia at Road No 79 in Dhaka’s Gulshan area which turned into an abandoned houses since she went to jail, has been prepared and dewormed and sanitised for her comfortable stay there as the former prime minister is going to be released on an executive order.
As the government announced on Tuesday that the 75-year-old BNP chief will be released from jail for six months suspending her sentences upon two conditions--receiving treatment staying at her Gulshan residence and not leaving the country--the house was cleaned, dewormed and refurbished to welcome Khaleda over after 25 months, BNP secretary general Mirza Fakhrul Islam Alamgir told UNB.
He said Khaleda’s personal doctors will provide her treatment at her residence. “We’ve made all the arrangements so that her (Khaleda’s) personal doctors can ensure her treatment at her residence.”
He also said it depends on Khaleda’s decision that whether she will receive treatment at her residence or any hospital.
Until she went to jail in 2018, Khaleda Zia had been living in the two-storey rented house with a lush green lawn built over a bigha land, since April 2011 as had to 'leave her long-time home in Dhaka cantonment on November 13, 2010 following a High Court verdict.
A member of her security force said, “We’re all set to welcome Madam (Khaleda) here. Most members of her security force have already reached Firoza. The entire house has been made neat and clean, including her bedroom.”
He said Khaleda’s family members monitored the cleaning activities.
He also said Khaleda’s domestic help, Fatema, will be staying with the BNP chief as has been with her in jail voluntarily.
Meanwhile, Khaleda’s family members, including her younger brother Shamim Eskandar left Firoza in a motorcade around 2:20pm to take Khaleda to the house from Bangabandhu Sheikh Mujib Medical University (BSMMU).
Khaleda Zia’s family recently submitted an application to the government seeking an executive order to have the BNP chief released for her treatment in London.
Her brother Shamim Eskandar, sister Selima Islam, and her (Selima’s) husband Dr Rafiqul Islam met Prime Minister Sheikh Hasina and made an appeal for her release through an executive order.
Under the circumstances, the former prime minister’s sentences have been suspended as per section 401 (1) of Criminal Code of Procedure (CrPC), said Law Minister Annisul Huq on Tuesday.
Khaleda has been in jail since she was convicted in the Zia Orphanage Trust corruption case on February 8, 2018.
She was found guilty in another corruption case later the same year, though her party claims both cases are politically motivated.