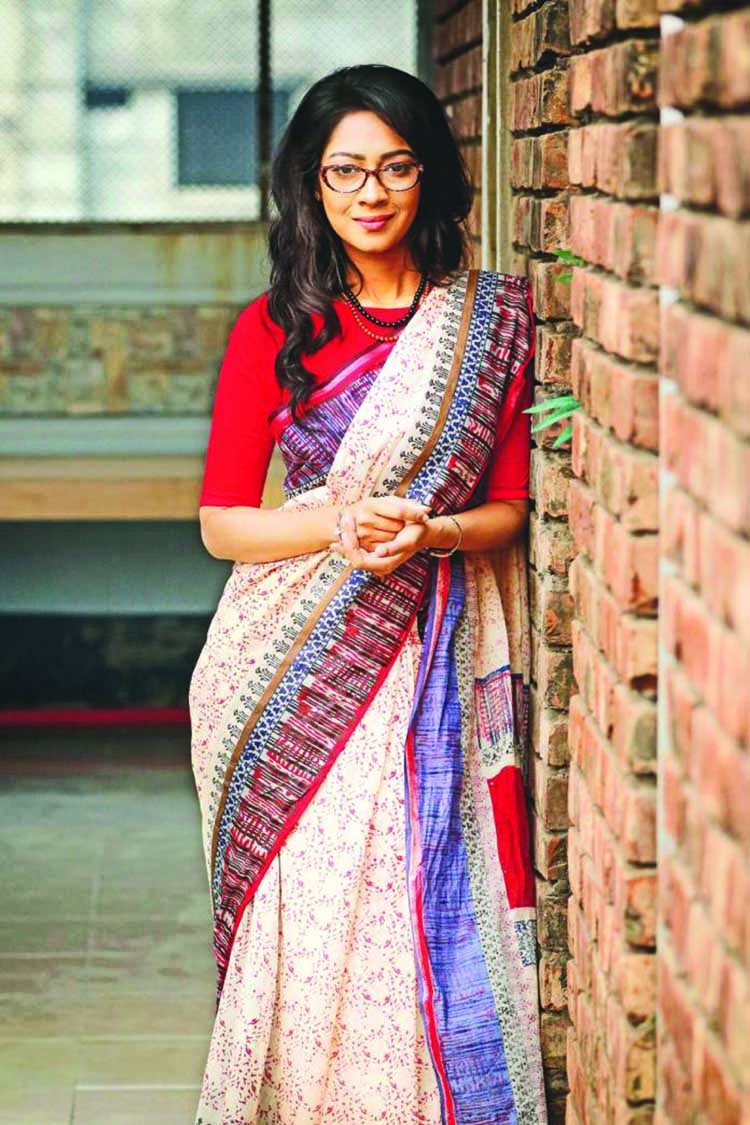 One of the most popular faces on the small screenMoutushiBiswas,will appear in two Independence Day special tele-dramas. Of two tele-dramas, NiazMahbub has directed the drama 'Kangkal' from a story written by Azam Khan, while SatirthaRahman has written and directed the drama 'SwapnaMrityuKingbaBhalobasarGalpo'.
The shooting of both projects was completed before the coronavirus outbreak in Bangladesh.  In the drama 'Kangkal', Moutushi is playing the role of a journalist. She said about performing in the drama, "Having played the role of a journalist, I have understood that how hard work they do and how important duties they carry out. I deeply felt it's a very challenging profession.
Through the portrayal of my character in the drama, I have also realized that the journalists work tremendously hard to present true news to the masses. Many thanks to NiazMahbub for giving me an opportunity to play such a wonderful character."
About the drama 'Kangkal', director NiazMahbub said, "I have made the drama for a private television channel. But no private channel wants to telecast the drama for its too sensitive subject. That is why; I have submitted the drama to Bangladesh Television (BTV). Any other channel, except BTV, cannot air the drama."
On the other hand, SatirthaRahman-directed 'Swapna Mrityu Kingba Bhalobasar Galpo' will be aired on Channel i today. However, today is also Moutushi's birthday. She has no plan to celebrate the day as the coronavirus continues to spread worldwide, including Bangladesh.
Moutushi said, "We have to fight with this dangerous situation of coronavirus outbreak by staying at home. May God help everyone to keep well and safe."