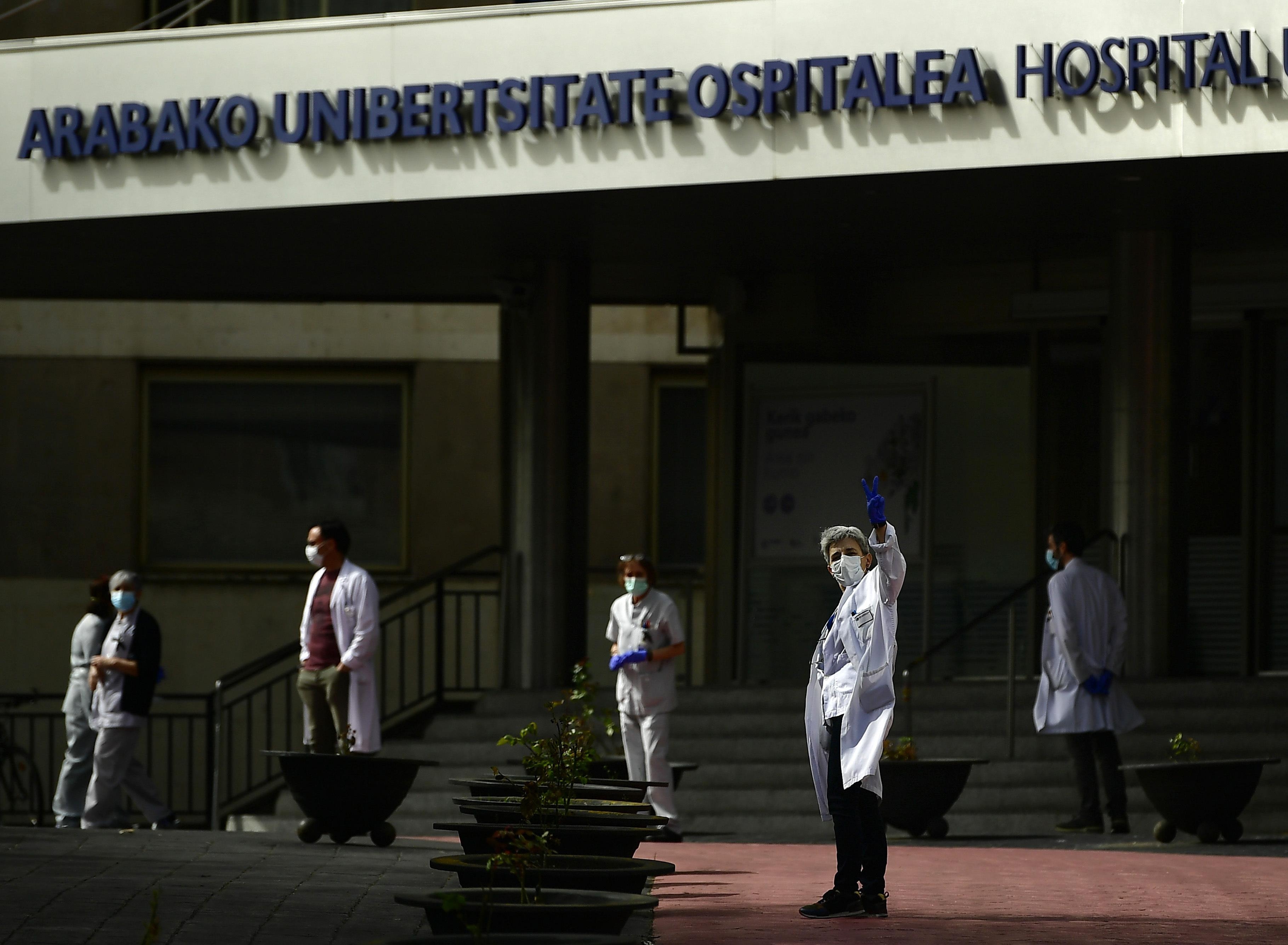 Spain’s death toll from the coronavirus has surpassed the official figure from China, becoming the second highest in the world.
The number of deaths rose by 738 in 24 hours - a daily record - to 3,434, higher than the 683 announced in Italy.
By comparison, China has officially reported 3,285 deaths, while Italy – the worst affected country – has 6,820.
Spain's rate of infection has increased by a fifth and almost 27,000 people are being treated in hospital.
Madrid is the country's worst affected region but Catalonia in the north-east has seen a rapid increase in cases.
Spain's Deputy Prime Minister Carmen Calvo has tested positive for the virus, the government says. She was admitted to hospital on Sunday with respiratory symptoms.
MPs are to vote on extending the country’s state of emergency for another two weeks until 11 April. Under the rules, people are banned from leaving home except for buying essential supplies and medicines, or for work.
Globally there are 460,000 cases of the virus, with more than 20,000 deaths and more than 110,000 people having recovered, according to data compiled by Johns Hopkins University.
On Wednesday the UN said the virus was "threatening the whole of humanity" as it launched a $2bn (£1.7bn) appeal for the world's poorest people.
"Global action and solidarity are crucial. Individual country responses are not going to be enough," UN Secretary-General António Guterres said.
What’s the latest from Spain?
Figures released by the health ministry on Wednesday showed that in just 24 hours, Spain’s national death toll rose by 738. Its number of cases soared by 7,973.
These are the highest figures for Spain in a single day. The country now has 47,610 confirmed cases.
Catalonia accounts for close to 10,000 of those, while the Basque Country and Andalusia both have more than 3,000 cases. But the worst-affected region is the area around the capital Madrid, which has recorded 14,597 cases.
Madrid’s municipal funeral home announced on Tuesday it had stopped collecting victims of Covid-19 – the disease caused by the coronavirus – while the city’s major ice rink will be used as a temporary mortuary.
On Monday, soldiers in Spain brought in to tackle the outbreak found retirement home residents abandoned and even dead in their beds. The defence ministry said that staff at some care homes had left after the coronavirus was detected.
On Wednesday local media reported that more than 20 residents who were confirmed to have the virus or had symptoms of it had died at the Fundación Santísima Virgen y San Celedonio care home in Madrid's Chamartín district. Some 50 members of staff were in isolation.