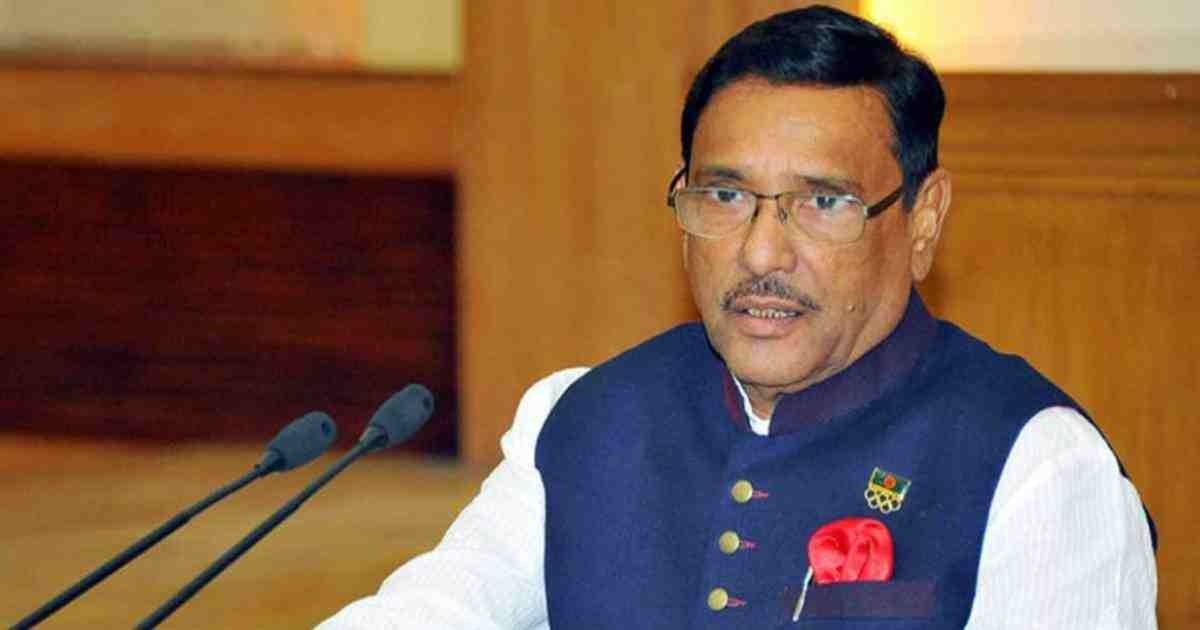 Awami League general secretary Obaidul Quader on Thursday said that a national consensus was needed to beat Coronavirus through awareness.
"We are observing that a quarter is criticizing the speech of Prime Minister Sheikh Hasina without analysing the crisis and its possibilities. Where a national consensus is needed to overcome the unwanted crisis through awareness, they are trying to do divisive politics," he said.
Obaidul Quader made his remarks at a press conference in the political office of AL President Sheikh Hasina.
He said the government is working relentlessly under the leadership of the Prime Minister  despite its limitations.
He also said  Prime Minister Hasina presented her government's workplan and guidelines in her speech without presenting any imaginary and impractical promises to end the crisis.
Quader said Hasina mentioned some short term plans for the people which will be very effective.  He also called upon the people to stay home to help the government tackle the situation smoothly.