"When he shall die
Take him and cut him out in little stars,
And he will make the face of heaven so fine
That the entire world will be in love with night
And pay no worship to the garish sun."
Though the river was full of ice, he did not think about it twice, but started across in the dead of night and the enemy waiting to open the fight.Likely feeling pretty blue, being human, same as you, but he was brave amid despair. And Bangabandhu Mujib crossed the deep ocean. So, when we are with trouble beset and our spirits are soaking wet, when all the sky with clouds is black, we should not lie down upon our back.
And look at him. Just do the thing. Though you are choked, still try to sing. If times are dark, believe them fair and thinking about him, we will also cross the troubled. So, if through Bangabandhu's window there is a new day breaking, promise, though mind and soul be aching, if with harvest over there is grain enough for gleaning- there is a new tomorrow and life still has meaning. Warren Bennis wrote, "Leadership is the capacity to translate vision into reality." And he proved it. His imprint is lasting, and his presence in our lives will surely be missed.
Bring your cameras and capture it all. The Sheikh Mujib was always well-governed, and this made him uniquely qualified to govern others, even when compared with the intellectual luminaries of that intellectually luminous generation.  So, with that in mind, and in honor of our Founding Father, we shall remember him on this day for his smart, passionate, visionary, wise advise, incredibly generous spirit and above all, principled leadership.


The writer is an independent political observer who writes on politics, political and human-centered figures, current and international affairs 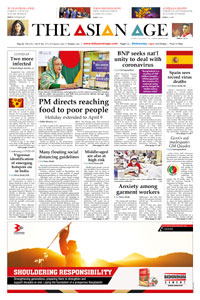