Is China underreporting its coronavirus figures? 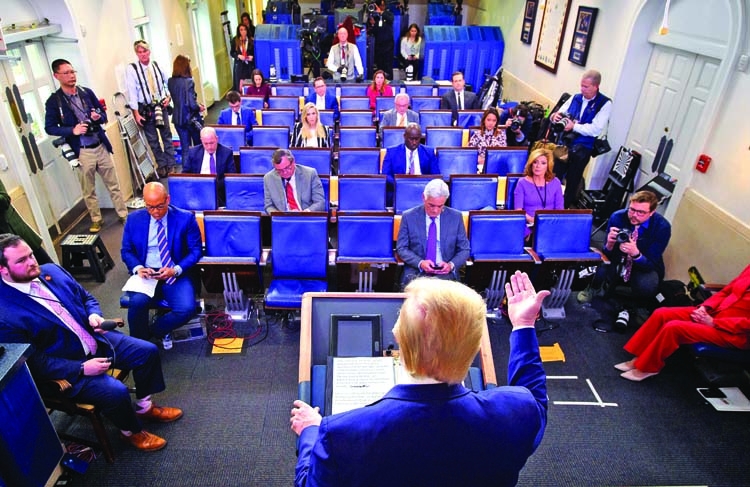 U.S. President Donald Trump speaks during the daily briefing on the novel coronavirus, COVID-19, in the Brady Briefing Room at the White House on April 1, 2020, in Washington, DC. -Getty
Colm Quinn
The United States questions China's coronavirus figures, WHO warns of 1 million cases in "next few days," and US Navy to patrol near Venezuela. Even as global economies grind to a halt, Great Power competition has not-and the question of who deserves the blame for the slow global response to the pandemic is taking center stage.
The White House has moved on from calling the coronavirus the "Chinese virus" and is instead pointing to China's allegedly misleading infection figures. A US intelligence community assessment backs this up, suggesting China underreported its number of coronavirus cases.
On Wednesday, China began disclosing the number of asymptomatic coronavirus cases alongside any new numbers. This has the potential to muddy the waters and disrupt overall counts. According to the South China Morning Post, China identified over 43,000 asymptomatic cases in February that were not included in China's overall tally.
Although National Security Advisor Robert O'Brien said that the United States is "not in a position to confirm any of the numbers coming out of China," US President Donald Trump was ambivalent, "As to whether or not their numbers are accurate, I'm not an accountant from China … we don't have to make a big deal out of it," he said.
Even if China's fudged the numbers, was the US adequately prepared? While the White House seeks to pass around the blame, evidence is mounting that the United States should have been better prepared to face the pandemic. A leaked US Department of Defense report from 2017 surfaced yesterday warning of a "novel respiratory disease, particularly a novel influenza disease" as the most likely pandemic threat.
On March 25 in Foreign Policy, Micah Zenko called the coronavirus pandemic the "worst intelligence failure in US history" and one that rests squarely on Trump's shoulders, given the warnings that intelligence agencies provided. As Mark Perry reports in FP, simulation exercises from as early as 2001-and as recently as last October-painted a clear picture of the economic devastation a global pandemic could unleash, but the warnings were ignored.
US Senator Chris Murphy wrote in FP earlier this week that the Trump administration has "completely botched" the coronavirus response and that Washington must start planning now for the next pandemic so it is never caught flat-footed again.
Compounding US problems, Trump reported on Wednesday that the federal strategic stockpile of personal protective equipment is near empty. On the same day, the pro-Kremlin Russian news outlet RT live-streamed a Russian plane carrying humanitarian aid arriving at New York's JFK airport.
The delivery "represents a major optics win for Moscow as the worldwide delivery of medical supplies from competing powers takes on an increasingly geopolitical edge," FP's Amy Mackinnon and Robbie Gramer report.
Does it matter if China is underreporting cases? According to Maria van Kerkhove, an epidemiologist with the World Health Organization, the WHO's definition of a coronavirus infection includes asymptomatic cases for a reason. "From data that we have seen from China in particular, we know that individuals who are identified, who are listed as asymptomatic, about 75 percent of those actually go on to develop symptoms," she said.
Writing in Foreign Policy's weekly China Brief, FP Senior Editor James Palmer lays out why China's figures may be unreliable, "The question is this: How false is the data, and how deliberate is the concealment? There is a difference between numbers that are deliberately faked for the outside world and a state struggling-as all countries are-to gather information on a virus that is difficult to detect in many people."
"It is likely that Beijing is deliberately underreporting the death toll in Wuhan, where the outbreak began, and the total number of cases across the country in February," Palmer writes. "Bad numbers in China are always underreported, especially when the national image is at stake, and China is now keen to play up its victory against the virus in contrast with the West's failures. Still, it's not as if the Chinese leadership has a secret set of books containing more accurate figures."

Colm Quinn is an Irish freelance
journalist based in Washington, D.C. 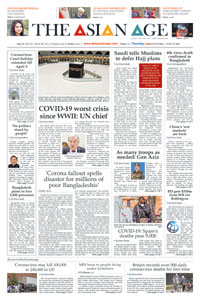