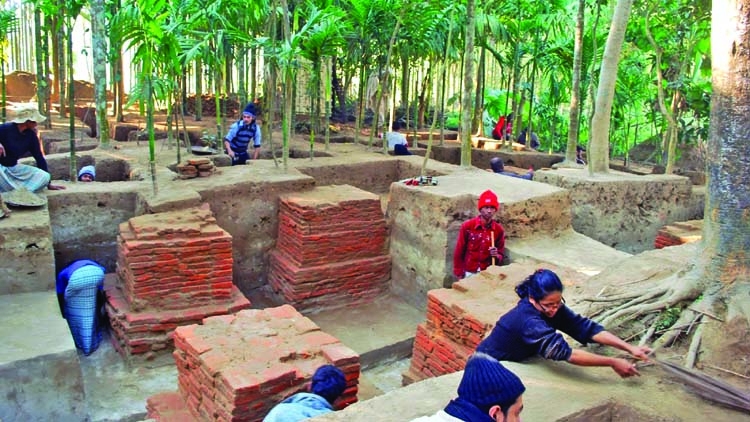 Bhitargarh Fort was formed a part of the chain of early medieval mud-forts erected mostly by the Muslim rulers at different times to defend their territory against the incursion of their northern Hindu neighbors. The territory east of the Karatoya River was for some time a part of the Ahom kingdom. In the 15th century, this area was included in the Tibeto-Barman Khen dynasty's territory and served as a sort of buffer state between Assam and the Muslim Kingdom of Bengal.
"The existence of fifteen garhs (fortifications) has hitherto been traced of which the most noted are Bhitar Garh, Hosain Garh, Mir Garh, Rajan Garh and Deven Garh. Panchagram is named after these five garhs. Amongst this fortification Bhitargarh is still vigilant archeological site. Total Garh is bounded by both manmade and natural canal and fort like wall."-Banglapedia. 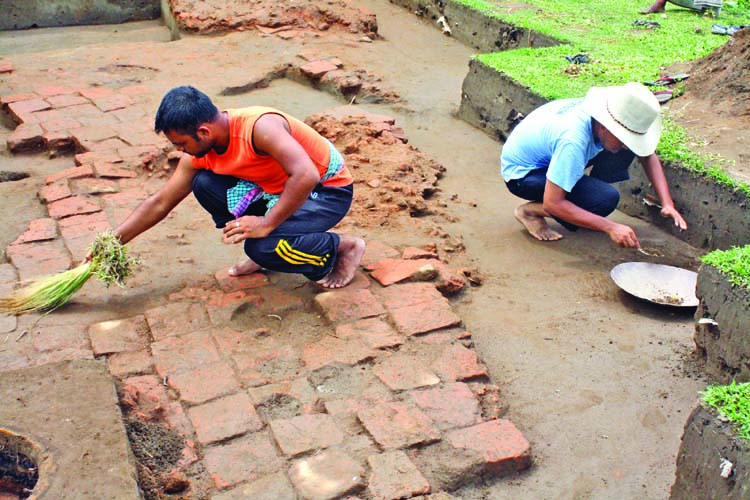 Bhitargarh fort city, established in the sixth or seventh century, had a sovereign administration. Built on important trade routes, the fort city had trade links with Tibet, Bhutan, and China as well as with West Bengal, Bihar, Sikkim and Punhdrabardhan of India.
The entire fort city is bordered by two rectangular wall- inner and outer wall or fortifications. There are two villages inside the wall- Bhitargarh and Maharajar Hat, with village market (Bhitargarh bazar).
Most interesting feature is the Maharajar Dighi is a large pond, the most attractive place inside the fortification. It is really beautiful during rain. Probably the Maharaja (king) of Bhitargarh, dug the canal for supplying sweet water inside the fort. The pond might be connected by drainage network. 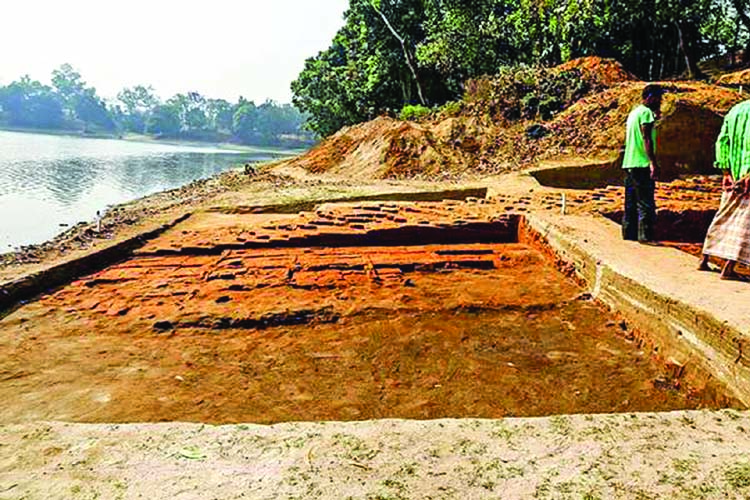 The fortification is now the most important archeological site of the country. The place comes to spot light after a recent excavation program, which has been uncovered, some 200 archeological site inside the fort city.
How to go
You can hire local mode of transportation to visit this place from Panchagarh.
How to reach: Panchagarh District
Road transport is the only direct transportation available between Panchagarh and Dhaka. There are many bus companies offering services from Dhaka to Panchagarh.
Travel tips
Panchagarh is famous for handmade bamboo furniture. If you are interested in buying then visit the local shops.