Coronavirus spread: Do we forget about Rohingyas? 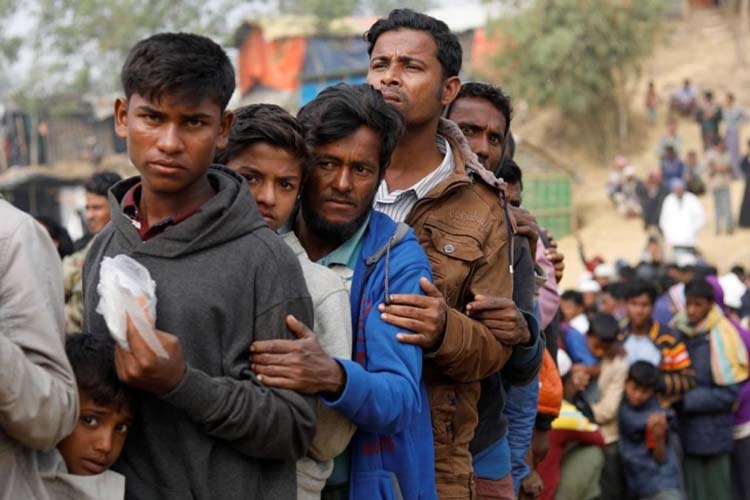 Now the world and especially Bangladesh, doesn't have enough time to think about Rohingya Refugees. What else could Bangladesh have done differently? It is true that the world, including Bangladesh, is going through a very rough timedue to the worldwide spread of the COVID-19. To some extent, the current world system has broken down, and almosthalf of the world's population are locked down due to the spread of this deadly virus.
Bangladesh is no exception in the lockdown. Since the middle of March 2020 Bangladesh government has declared severelockdown, and it has been extended till 11 April 2020. Maybe the government will continue the lockdown if the situation doesn't upgrade. The security forces and the government administration are playing a very significant role in keeping the people indoors and strictly maintain the spread of COVID-19.
In this crisis moment, many people have come forward to show their humanity. We have seen people donating foods to the people with lower or no income in this crisis moment. More than ten million people have left the capital, and many of them will have no job at their return. The economy of the country is falling apart, and so it is happening worldwide. Besides, we have one big issue the Rohingya Refugees.
After they (Myanmar) started to execute the Rohingya ethnic communities, then they left their home come and started to come started to Bangladesh from 25 August 2015 onwards. So far, there are more than 1.2 million Rohingya refugees in the country. They are living in different refugee camps southeast Bangladeshmeant for them.
Since the beginning, NGO workers and human rights activists were complaining about the population density of the camps and its life-sustaining support mechanisms. In those camps,the huts are so congested that the air can't even flow properly. Besides, they don't have proper sanitation facilities in the camps, and after evening the Bangladeshi security forces leave the campsto leave them unsafe to many dangers.
Given all the conditions in the over-crowded camps,Rohingya refugees are becoming extremely vulnerable to COVID-19 infection. The Rohingya refugees are not supposed to leave the camps, and none should enter from outside except for security forces and the people from the administration. And if somehow the Coronavirus could reach there, the COVID-19 would blast like a time-bomb.
Apart from that, the camps remained out of internet coverage.Now we will not know what is going on in there except for the authority wants us to know about it. Health services are insufficient in the camp areas in their best times. What would happen if the virus reaches the over one million Rohingya refugees now residing in overcrowded and unsanitary camps along the Bangladesh-Myanmar border?
The repatriation process of the Rohingya is already stuck in the political and other reasons. And in this pandemic situation, the repatriation will be out of the question since Myanmar has already closed itsborders. In addition, no international pressure towards Myanmar administration won't work, and now the Bangladesh government should work differently for them.
Bangladesh's government is currently trying to provide fundamentaland short-term support to them. Now many INGO and NGOs are pushing for the medium-term and long-term plans. Given that three times, Rohingya repatriation doomed to fail, and they are not willing to go to the Bhasan Char meant for their living. Since the first Coronavirus case has been detected in Bangladesh on 18 March 2020, the foreign aid workers are discouraged to not to go to the camps due to fears they could be carrying the virus.
However, it will be impossible to stop the interaction between the refugees and the outsiders, because outsiders play a significantrole in supporting the refugee community, including through the dispensation of medical care and food deliveries. Kutupalong refugee camp in Ukhia, Cox's Bazarhosts more than 630,000 Rohingya Refugees. It is an overcrowded area of 13 square kilometers.The population density of this area is more than 40,000 per square kilometer. This is what makes it the world's most densely populated human settlement on the planate.
More than half of the population is children, and many of them are malnourished. Repatriation of Rohingya refugees is unlikely anytime soon. Refugees, on the other hand, are reluctant to return or relocate. We don't see a definite hope there, but a devastating disaster hit by COVID-19. Since all the movements are blocked now, the authorities, including the aid workers and then NGO professionals, can convince the leaders of the Rohingya refugees to relocate themselves once the COVID-19 starts to end.
(We acknowledge different sources with gratitude.)