An interview with Adam Zagajewski

Adam Zagajewski (born: 21 June 1945) is a Polish poet, novelist, translator and essayist. He was awarded the 2004 Neustadt International Prize for Literature, the 2016 Griffin Poetry Prize Lifetime Recognition Award and the 2017 Princess of Asturias Award for Literature. He was awarded the Bronze Cross of Merit, and twice received the Officer's Cross of the Order of Polonia Restituta. In 1992, he received a Guggenheim Fellowship. He won the 2004 Neustadt International Prize for Literature, and is the second Polish writer to be awarded, after Czeslaw Milosz. In 2015 he received the Heinrich Mann Prize. In May 2016 he was awarded the Dr. Leopold Lucas Prize of the University of Tübingen. In the same year he received the Order of Legion d'Honneur.
Interview by Louise Steinman
Question:  Your new memoir feels like one in which, perhaps even more than in your other books, you lay your cards on the table. You write how, unlike the scholar, "the poet is exposed, takes no cover." How does memoir differ from poetry in allowing you to reveal your vulnerabilities on the page?
Answer: I think it's mostly a formal difference. A poem is for me an abbreviation, a text message, but then it allows you to make huge leaps. You can start with an everyday scene and two lines down you can suddenly invite to your poem an Egyptian queen or Johann Sebastian Bach. This facility of having sudden ramifications can also function as a veil. A memoir has a much more straight narrative, and this probably compels you to confess more, to say more.
A poem writhes; a prose memoir has to behave. But there's a general and, for me, fascinating question, which isn't relevant to me since I was too young and never a part of any evil machine: all these people involved in nasty actions provoked by totalitarian systems were practically unable to say anything negative about themselves. Those who write about divorces can sometimes confess wrongdoing, but not the great sinners of our time.
Q: You seem as much influenced by diary forms as narrative memoir. Were there models for this kind of memoir that influenced you? Or did it just evolve?
A: It's probably clear that I'm fascinated by diaries, especially those which go beyond a basic notation of facts of life (unless they do so as idiomatically as Samuel Pepys's diary). But I'm not a "born diarist" - I don't keep a diary. I try to note from time to time more interesting moments, meetings and, often, ideas that come to my mind, lines of possible poems, et cetera - but this is not very regular.
But starting with the book Solidarity, Solitude, I began to experiment putting together short essays and scraps of "life related" notes. And so it evolved through my two nonfiction books, Two Cities and Another Beauty. I owe a lot to several distinguished diarists but the final result has my trademark, so to speak.
Q: When your family was displaced, others (Germans) who had been living in what was called by its German name Gleiwitz were displaced as well. I wondered if you'd read Filip Springer's book, History of a Disappearance: The Story of a Forgotten Polish Town, where he describes that historical displacement from the point of view of the ethnic Germans. Do you feel any empathy for them?
A: No, I haven't read it. But I've had plenty of meetings with the displaced Germans, or with the second generation of the displaced Germans, mostly in Germany. I have a strong connection to the German readers who know my books in translation; I did give dozens of readings in Germany - and it happens a lot that after my reading some elderly person approaches me, or sometimes someone younger (the second generation).
These are always friendly conversations, actually moments of an unexpected solidarity between those who know what it means to lose one's place in the world. Even if I'm the second generation, too. I met some people from Gliwice/Gleiwitz - we talked about concrete streets, buildings, parks. 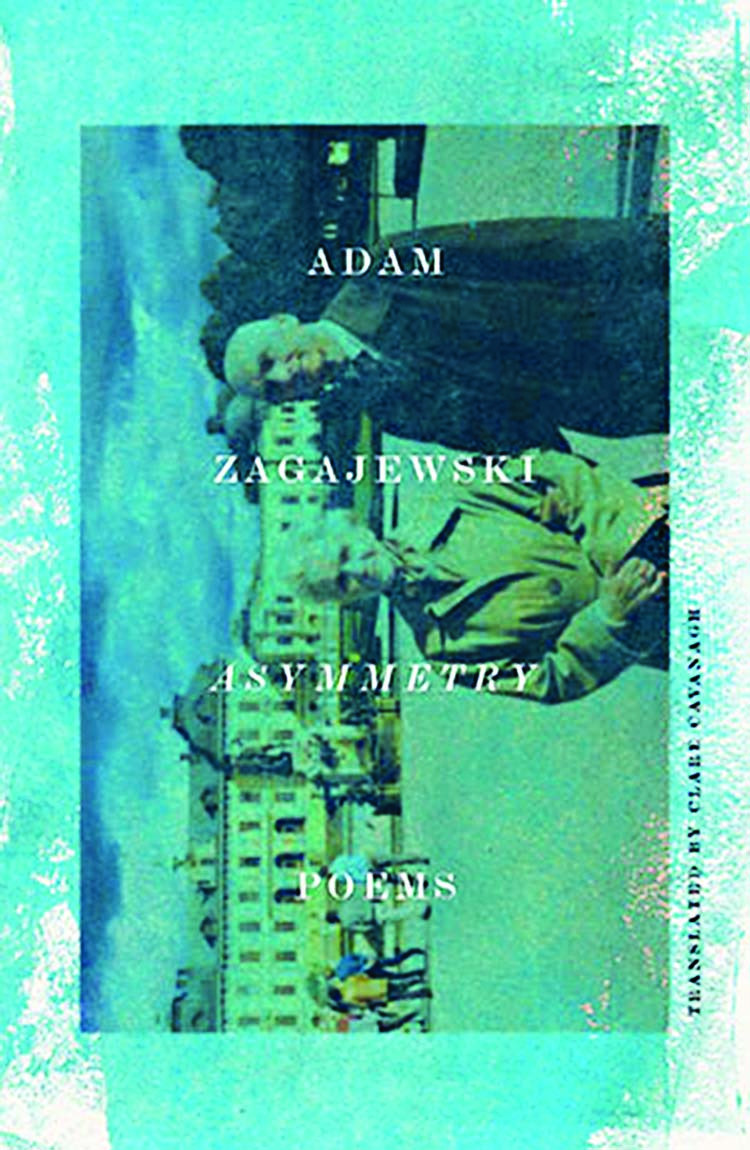 Q: One of your enduring friendships was one with the poet Czes?aw Mi?osz. You write in your memoir that Mi?osz's mysticism "fed on the yeast of reality." Would you say that of yourself as well? Were you a dreamy child?
A: It's probably silly, but it seems to me that calling oneself a "mystic" is rather inappropriate. Why? Because I regard mystical temperament in arts as something positive (though I can also see negative sides of mysticism: disregard for historic circumstance, indifference vis-à-vis political situations).
I remember watching ages ago a film on the British conquest of India (I have no idea what the title was) where the Indian educated class was represented as being totally indifferent to the progress of the invasion, playing chess and sunken in sublime mental actions. Yes, I think I was a dreamy child - but moderately dreamy. I wasn't number one in sports, but I wasn't a sissy either.
Q: Do you think these times will shock our poets and writers into that deeper reality, if they haven't ventured there already? And isn't it possible to pay close attention to your immediate family without neglecting a deeper reality? Isn't that what you're doing in this very book?
A: Well, yes, of course it is possible to combine interest in your family history with a more general quest for truth. My negative reaction comes from my first years of teaching creative writing in the United States - there were so many "family poems," which, taken as a symptom rather than as the matter of personal artistic choice, had something almost mechanical about them and therefore depressing.
But if you take it a bit higher, make it more sophisticated, you leave the realm of the mass addiction and have the freedom of choice in terms of both subject matter and form. But then, if you go back to the '60s and '70s in the United States, you had a flood of Vietnam War poems and, as you know, so few of them have traveled well in time. So there are two extremes, aristocratic silence or, sometimes, an overabundant poetic action in which literary excellence must be dimmed.
Q: You wrote this memoir through the period of your father's illness, his loss of memory, his slow dying. Your father was an engineer, and you describe him as a scrupulously honest man who never liked language sprinkled with metaphors. Your father even suspected that such language was often "the language of liars."
A: When asked by a journalist for a response to one of your own poetic evocations of Lwów, his native city, your father called it, "a slight exaggeration." You liked that phrase so much that you used it as your title. Why is "a slight exaggeration" such a good description of what poetry is, what poetry does?
When I read this interview (my father gave it to me), I was deeply moved by this formula, but I also found it quite funny. Now, whether this is a good description of what poetry does (maybe of what art does) is worth a long answer, a treatise on art.
Yes, I think it is a good description: poetry amplifies, exaggerates, puts emphasis on things and feelings, on thoughts and dreams that go almost unnoticed in everyday life. Amplifies them and stops them, makes them immobile so that we can freeze contemplating them. And it's probably totally impossible to live like that, to have so much attention for detail in our days, which fly over our heads like supersonic jets.
On the other hand, no, it's not a good description in the sense that actually our true life is more present in poetry (art) than in these hasty days. Poetry gives us back life as it really is, as it should be experienced, in its grandeur and in its misery. So perhaps we should be saying not that "poetry is exaggeration" but "life as we know it is diminished, a bit crippled," regarded through the lens of litotes. Life is understatement; poetry doesn't exaggerate.

Louise Steinman is a literary contributor. The in interview appeared in lareviewofbooks.org