The magician of metrics in Bengali literature 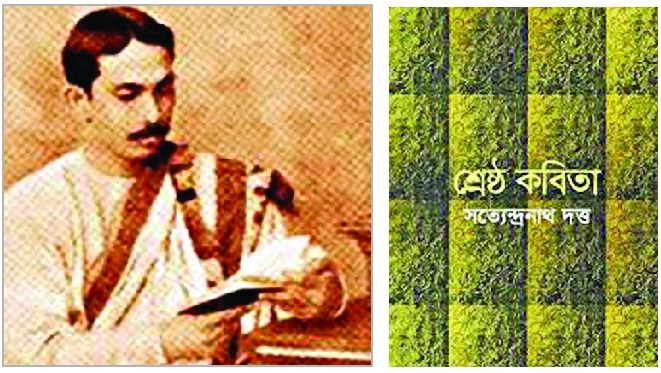 Satyendranath Dutta is a Bengali poet, is considered the wizard of rhymes. Satyendranath Dutta was an expert in many disciplines of intellectual enquiry including medieval Indian history, culture, and mythology.
Satyendranath Dutta was born in the village of Nimta near Kolkata on 11 February 1882 His father Rajaninath Dutta, who hailed from the village of Chupi in Burdwan, was a trader. His grandfather, Akshay Kumar Datta, was a great thinker, Brahmo social reformer and writer who was the guiding spirit of the Tattwabodhini Patrika.
After passing the school leaving examination from the Central Collegiate School, he received his graduate level education from the General Assembly's Institution in Kolkata. Although he left (what is now) Scottish Church College without taking a degree, his training there helped him immensely for the future. After unsuccessfully to join the ranks of his father in their family business, he quit that to devote his energies entirely to scholarly pursuits.
He wrote poems like Jatir Pati.
He was well known for his material skill, and devised several metres while keeping intact the sound system and phrases of Bangla. This is why he was known as 'the magician of metrics' or 'the king of metres'. His famous essay, Chhanda-sarasvati, on metrics, was published in the Baishakhi number of the Bharati in 1918.
He was the first to compose poems using words from Persian and Arabic and thus expanded the versatility of the language. He translated poems from Arabic, Persian, Chinese, Japanese, English and French, thus giving Bangla readers a taste of foreign poetry and metres. He tried to bridge the gap between BANGLA LITERATURE and world literatures. The main themes of his POETRY revolve round patriotism, humanism, tradition, worship of power, etc. He also wrote poems on the lower classes, such as the sweeper community.
Satyendranath Dutta wrote under several pennames: Nabakumar, Kaviratna, Ashitipar Sharma, Tribikram Varman, Kalamgir etc. Some noted collections of his poems are Savita (The Sun, 1900), Sandhiksan (1905), Venu O Vina (1906), Hom Shikha (1907), Phuler Phasal (1911), Kuhu O Keka (1912), Tulir Likhan (1914), Abhra-Avir (1916), Hasantika (1919), Bela Sheser Gan (1923), Biday-Arati (1924), Kavyasavchayan (1930), Shishu-Kavita (1945) etc. His volumes of verse translations include Tirtharenu (1910), Tirtha-Salil (1918) and Mani Mavjusa (1915). His other writings are Janmaduhkhi (novel, 1912), Chiner Dhup (essays, 1912) and Rabgamalli (play, 1913). He died on June 25 in 1922.
He died on June 25, 1922, aged 40. Rabindranath Tagore has immortalized Satyendranath in a poem written after his death. A street in South Kolkata has been named after him.