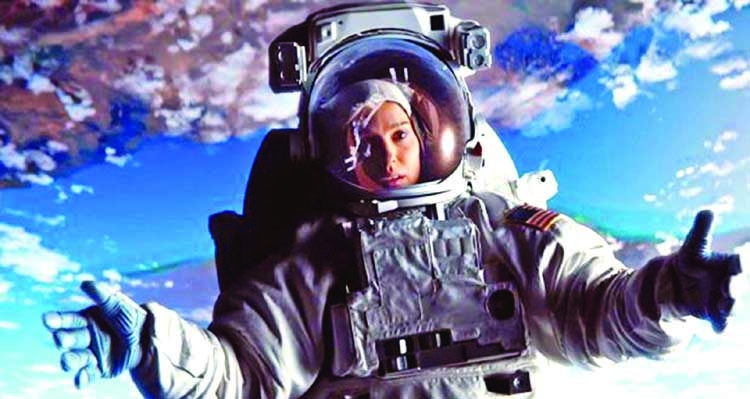 Donald Clarke
If for nothing else, Noah Hawley's fascinating - and stratospherically flawed - drama will be remembered for its experiments in the art of ratio. We've seen some of this before. Xavier Dolan's Mommy shattered a near-square ratio for one moment of transcendent wide-screen bliss. Sam Raimi's undervalued Oz the Great and Powerful spread out when venturing into the Wizard's realm. Lucy in the Sky goes further.
Some of the action is presented in a long, thin band that, for vertical-to-horizontal, could give Cinemascope a run for its money. Elsewhere, we deal in old-school Academy ratio. In one remarkable shot, the camera moves in as the ratio narrows, creating a double focus on the troubled protagonist. Hawley looks to be arguing for a hitherto underused weapon in the cinematic (specifically digital) arsenal.
Yet, for all that, Lucy in the Sky remains curiously earthbound. Loosely based on the memoirs of Lisa Nowak (a true story that is, inexplicably, more eventful than the fictional one on screen), the screenplay follows a female astronaut as she fails to reconnect with everyday life on the home planet.
Natalie Portman is halfway there as Lucy Cola. She is entirely convincing as a borderline genius who, after acing all her classes and training herself into a hardened knot of muscle, becomes the most respected rocket jockey on campus.
She does less well in selling herself as a good ol' girl sliding into rural dissolution. You can cut her hair like Shaun Ryder in his chemical years and nudge her towards a southern accent, but the well-bred Harvard graduate continues to show through. Portman is also hindered by the screenplay's uncertainty as to exactly what is going on in Lucy's head.
By the close, she looks to have had a total breakdown: hearing voices, developing paranoid delusions, embarking on Quixotic quests. But for much of the film she seems only mildly irritated. She falls for a suave colleague who could only take the form of Jon Hamm (and does). She develops a rivalry with a younger rival (Zazie Beetz, good in Joker). She bickers amiably with her cigaretting mom (the always welcome Ellen Burstyn).
Meanwhile, Dan Stevens, impressively flattened as her decent husband, does his best with a role that could - don't rule it out - be a gender-swapped pastiche of all those naggy "wife parts" that have dragged down so many decent actresses. You know how these go. He wonders why she works so hard. He whines when she neglects the family. He generally makes the case for the other sex as a more morally upstanding, but infinitely less interesting class of human. Fair enough. We had it coming.
All of this is so much diverting soap - as if the scenes of Jeremy Renner at home entirely took over The Hurt Locker. But the anarchic ratio alerts us to a more serious internal conflict and, when those forces break out, they do so in the most grandiose fashion: an elaborate flurry of psychedelia that, in its sleepy take on a Beatles classic, reminds us again of the terrible, terrible title. (She's called Lucy. She's often in the sky.)
None of this helps order the jumble, but Lucy in the Sky still stand as one of the outgoing awards season's most interesting stumbles. Hawley, creator of the Fargo TV series, has thrown everything at the screen and, though large lumps of debris fail to stick, the resultant collage is never less than diverting. Some of the pleasures come, it must be admitted, from working out what the heck he was thinking. Better that than a mundane slide into predictability. 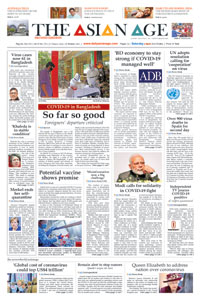