Sara Baume'sHandiwork: is a graceful meditation on nature, grief and time 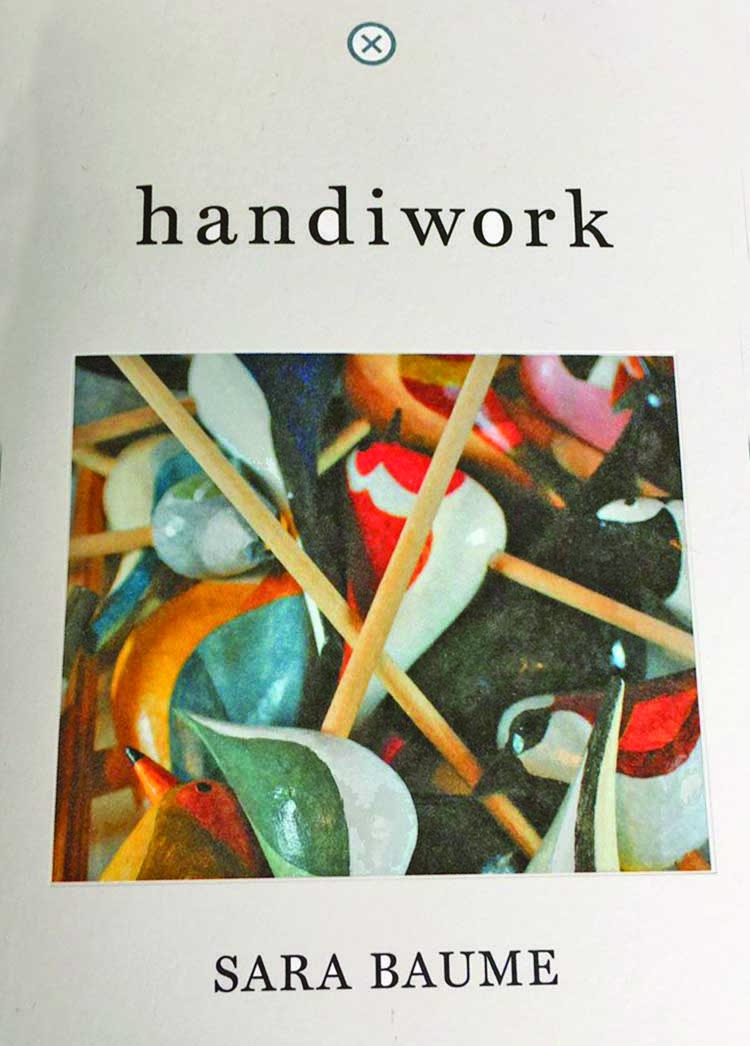 Handiwork, Author: Sara Baume, Publisher: Tramp Press
Joanne Hayden
'I have always felt caught between two languages, though I can only speak in one," writes Sara Baume in handiwork, a distilled but wide-ranging exploration of what it means - physically, emotionally, temporally, spatially - to make art.
Art is one of Baume's two languages and while she may not be able to speak in it, in handiwork she uses her other language - words - to capture the process of creating a specific art project, a flock of model birds. A chronicle of the frustrations and satisfactions - the "productivity and drudgery, stimulation and stagnation" - she experiences as she "builds" the birds, the book is also a carefully composed meditation on nature, grief and time.
It's Baume's first work of non-fiction and embodies the same thoughtful originality and striking close ups of the natural world as her two novels - Spill Simmer Falter Wither and A Line Made By Walking, also published by Tramp Press.
She has the sensibility of a poet as well as an artist. Handiwork is a slim volume made up of taut paragraphs, often just one or two to a page. Reminiscent of negative space in art, the white space allows the perfectly weighted sentences to breathe, to resonate; it's also suggestive of the gap between the two languages that the book is partly trying to bridge.
Bird migration is used throughout as a metaphor for the creative process. Photographs of the sculptures - delicate, solid, almost-knowable creatures - appear at various intervals.
In some of the images, parts of Baume's hands are visible, fittingly so because she writes viscerally about the impact of her work on her body, especially on her hands.
Her hands are entities in themselves - "rough-skinned and muscular, calloused and stained" - as well as inextricably bound to the work. She considers herself a disciple of William Morris, the Victorian designer, craftsman, writer and socialist, and references his belief that "the person who labours must be inseparable from the product of their labour".
Handiwork's graceful, rigorous compression of thought and interrogation of process - what Baume calls the "approach" - puts me in mind of Annie Dillard's The Writing Life. "How we spend our days is, of course, how we spend our lives," says Dillard in her classic guidebook, and this is a central preoccupation of Baume's too.
"I have always felt a terrible responsibility for time," she writes. When a friend gifts her a tin of hand cream, she doesn't use it, deciding instead to save herself "this 10 seconds of dead time at least".
Her commitment to her work is absolute. You could stop now, or you could get ahead for tomorrow, her "nemesis voice" tells her at the end of each day. She cares "acutely," discarding an entire winter of sculptures, "hand-carved, palm-sized rejects," at one point. Yet she is pragmatic about the reality of what she is doing.
"Inch by inch, I am making a lifeless replication of the world I know."
Her narrative includes relevant nuggets of family history. In an attic workshop in North Yorkshire, her grandfather made model horse-carts. Her father built and rebuilt large machines. She began the flock after he died, the making of it "fending off the awareness of his daily absence". In investigating and memorialising his labour along with her own, she allows her grief to surface and the impact is profound.
A beautiful object in itself, handiwork is not just for artists and writers, though anyone interested in the creative process will take heart from the descriptions of "failed visions" and "ghosts of unrealised art". At its core, it's a testament to the importance of the examined life and so has particular relevance now.