Is vaping safer alternative to smoking?

Vapes are battery-powered devices that heat e-liquid producing vapor. Vapor produced through this mechanism differs significantly from smoke created by burning a regular cigarette.
The most significant difference is that vapes do not contain cancer-causing tobacco. In addition, vapes also do not require combustion, in plain words you don't need to light fire and literally burn something. As a result, there is no smoke, tar or carbon monoxide in vapes.
But confusion and uncertainty remain among general public about how safe vapes are? Particularly relative to regular cigarettes.
This is mainly due to a lack of scientific knowledge about vaping. While it is true that long-term effects of vaping are yet not fully understood, the science is however quite clear on one thing: vapes are almost certainly far less harmful than smoking, as they don't contain tobacco.
The often cited study by Public Health England found that vaping is 95% safer than regular cigarettes. UK's national health care body has since incorporated vaping in its quit smoking program.
The programs now include vape products in its quit smoking tool kit and recommends smokers to switch completely to vaping as a method for quit smoking.
There is a growing body of evidence at this point clearly indicating that vaping helps people cut down or stop smoking fully. A recent study suggested that e-cigarettes helped an additional 50,000 long-term ex-smokers in England quit in 2017.
An earlier study showed that smokers that made quit attempts with vaping and no other support tools were around 60% more successful than those who used no aid.
One of the biggest harms that comes from tobacco smoking is the health hazards inflicted on those who do not smoke, but still are subjected to secondhand smoking from cigarette smokers.
Vaping is particularly beneficial in this regard, as there is no good evidence to suggest that second-hand vapor from vapes is dangerous to others.
Owing to a growing body of scientific evidence that indicate vaping is "almost certainly far less harmful than smoking, as they don't contain tobacco," and therefore very useful as a harm reduction tool.
Governments and non-government organizations are increasingly endorsing its use for curbing tobacco smoking.
Harm reduction advocates now believe that not only vaping should be endorsed as a proven harm reduction tool, but also it is one of the best quitting tool available currently.
The writer is a freelancer 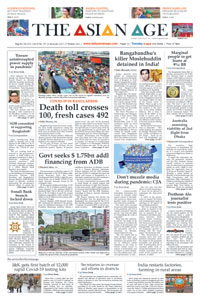