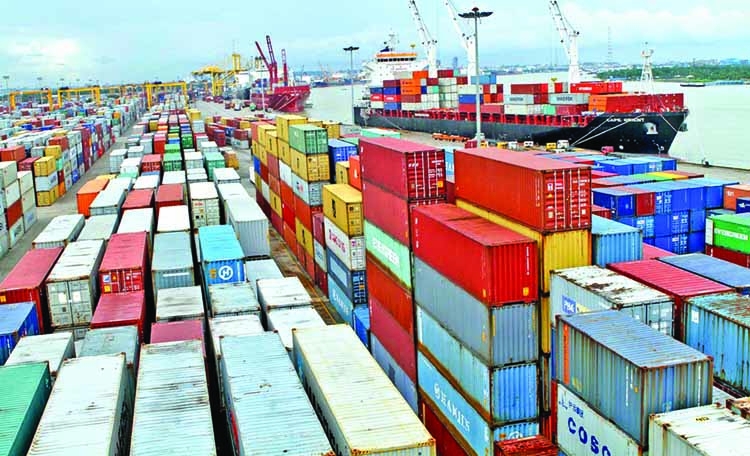 The National Board of Revenue (NBR) on Thursday instructed the port authorities and customs in Chattagram to initiate steps to transfer all types of import-laden containers from the port to private inland container depots (ICDs).
The NBR issued an office order asking all the concerned authorities to comply with the rules of scanning and examining import documents properly. This order will be effect until June 30, said the NBR.
The NBR said the decision has been taken to reduce the container congestion at the seaport following requests from the shipping ministry.
The acute congestion of imported containers at the port resulted from the ongoing lockdown due to the corona virus outbreak. Earlier, Shipping Ministry Secretary Md Mezbah Uddin Chowdhury told media that around 18,000 TEUs (twenty-feet equivalent units) of import-laden containers could be transferred to 19 private ICDs in Chattagram.
The NBR decision would reduce the congestion temporarily, he said.
He said over 47,500 TEUs of import containers remained stranded at the port.