Indonesia has now reported 1,007 deaths and 14,749 cases. -AFP
The number of Covid-19 deaths in Indonesia has crossed the 1,000 mark to hit 1,007, according to latest figures on Tuesday, as cases previously contained in the capital Jakarta have flared up across the country. The province of East Java and four others outside Java North Sumatra, Banten, Riau Islands and Riau provinces have seen rising fatality rates among confirmed cases, ranging from 8.5 per cent to 11.8 per cent. But the country's overall fatality rate is 6.8 per cent, reports The Straits Times.
With more aggressive testing and many Indonesians defying the nationwide ban on travelling back to their hometowns to celebrate Eid, or the end of the month-long fasting of Ramadan, the number of confirmed cases has been going up.
On Tuesday, the country recorded 14,749 confirmed cases, a near-46 per cent rise from 10,118 on April 10. There were also 16 more deaths overnight, bringing the total to 1,007. The mudik ban, as the annual exodus is known, took effect on April 24, a month before the Hari Raya Idul Fitri celebration, which falls on May 23 and 24. People who defy the travel ban face a fine of up to 100 million rupiah (S$9,500) and a maximum jail term of one year.
The move was taken to stop the coronavirus from spreading beyond Jakarta, the epicentre of the outbreak, and other high-risk regions to the rest of the vast archipelago with a population 270 million.
But the bug, meanwhile, has struck particularly East Java, where the number of Covid-19 deaths among confirmed cases has shot up a staggering 50 per cent in 10 days, between April 30 and May 10. Deaths from suspected cases patients who showed strong symptoms but had not been tested soared 40 per cent to 388 in the same period. To coax more people into complying with social distancing measures, the military will be deployed to a number of regions, especially East Java province, Lieutenant General Doni Monardo, head of Indonesia's Covid-19 task force told reporters on Monday.
He also said the Public Works Ministry, East Java provincial government and the task force are preparing isolation wards in Surabaya, the province's capital, to ensure adequate facilities.
"The more testing we do each day, the more chances of us accumulating confirmed cases," General Doni noted, adding that Indonesia has 104 laboratories to test for Covid-19, of which 53 are in operation. President Joko Widodo, however, said more needs to be done.
"Our PCR (polymerase chain reaction) testing capacity has reached 4,000 to 5,000 samples a day. This is still far from the target I gave last time, which was 10,000 samples a day," he told his ministers on Monday when opening a meeting to improve efforts to curb the outbreak. But as tests consequently raise the number of confirmed cases, the pool of recovered patients is expanding too. It reached 2,881 on Monday, almost double that on April 30.
To boost it further, Professor Frans Santosa, who sits on the board of ethics of Indonesia's medical doctors' association (IDI), has called for the extensive use of convalescent plasma transfusion (CPT) in severe cases, like those with respiratory failures.CPT, which involves injecting patients with antibodies taken from recovered patients, was used during the 1918 Spanish flu pandemic and 2003 Sars outbreak, among others, to help reduce the death rate, Prof Frans added.
It is now undergoing clinical trials in many hospitals across Indonesia, Dr Achmad Yurianto, spokesman of the Covid-19 task force, told The Straits Times recently. "But it is not easy to find donors from among the recovered patients," he added. Indonesia has hitherto obtained immune serum from one such survivor. 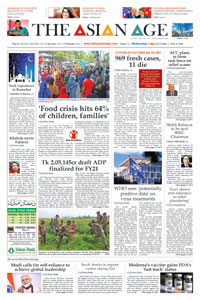