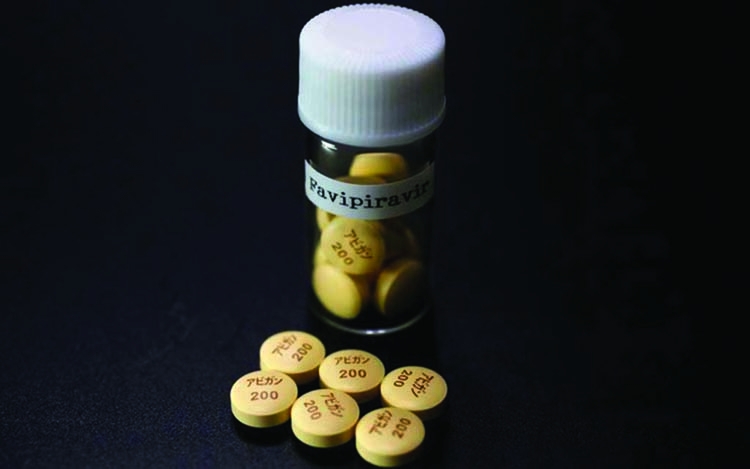 A candidate drug for treating the new coronavirus, favipiravir, has produced promising results in early clinical trials in Russia, according to the Russian Direct Investment Fund, which provided 150 million roubles ($2 million) in funding for the project.
RDIF head Kirill Dmitriev said 60% of the 40 coronavirus patients taking tablets of favipiravir, which was first developed in Japan under the name Avigan, tested negative for the virus within five days and said the treatment could cut coronavirus recovery times in half. Drugmakers are rushing to develop treatments and vaccines for the highly contagious coronavirus that has killed over 290,000 people worldwide, infected more than 4.2 million and ravaged economies globally.
Avigan, known generically as favipiravir, was developed in the late 1990s by a company later bought by Fujifilm as it moved into healthcare. The drug works by short-circuiting the reproduction mechanism of certain RNA viruses such as influenza.
Favipiravir is also undergoing trials in India by Glenmark Pharmaceuticals Ltd.
Russia, which has the second-highest number of coronavirus cases behind the United States, is also testing vaccine prototypes on animals, while the RDIF has diverted funds to produce more tests domestically.

"This will reduce the burden on medical centres and, according to our estimates, will also reduce the number of epidemiologically dangerous patients by about 50%," Dmitriev said, referring to a course of favipiravir treatment.
The clinical trial of 330 patients infected with the coronavirus should be finished by the end of May, said Andrei Ivashchenko, a professor at the Russian Academy of Sciences and chairman of the board of directors at ChemRar, the company conducting the trials.
"ChemRar's existing production facilities... will allow us to produce tens of thousands of treatment programmes per month, which we estimate and hope will be enough for the Russian Federation as a minimum," said Ivashchenko.
He said early tests showed that there were minimal side effects, although he added that pregnant women were prohibited from using it. The drug Avigan in Japan was found to cause birth defects.
Ivashchenko also said there was not enough data to say how effective the treatment would be for severely ill patients.
The World Health Organisation (WHO) sets out a four-phase overview of how clinical trials work. The trials underway in Russia would fall into the first phase of that framework.
"Phase I studies usually test new drugs for the first time in a small group of people to evaluate a safe dosage range and identify side effects," the WHO says on its website.
---Reuters