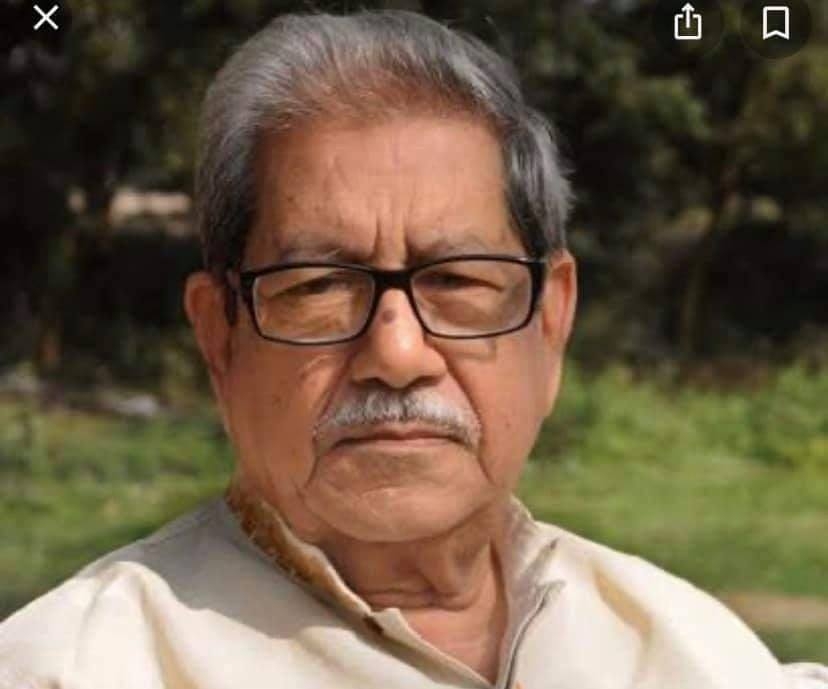 National Professor Dr Anisuzzaman died of old age complications at the Combined Military Hospital (CMH), Dhaka on Thursday. He was 83.
He breathed his last at the hospital around 4:55 pm, said sources at the Prime Minister’s Office.
Earlier, on May 10, Prof Dr Anisuzzana was shifted to the Combined Military Hospital (CMH) from Universal Cardiac Hospital after his health condition deteriorated.
He was admitted to the Universal Cardiac Hospital on April 29 with various health complications. As his condition worsened, he was taken to the Intensive Care Unit of the hospital on May 2.
Dr Anisuzzaman was an eminent educationist, writer and Emeritus Professor of Bangla Language and Literature department at the University of Dhaka.
Meanwhile, President Abdul Hamid and Prime Minister Sheikh Hasina expressed their profound shock at his death.
In a condolence message, President Abdul Hamid said Dr Anisuzzaman was a bright star of Bangla literature and culture and he had played an excellent role in improving the quality of education in Bangladesh.
The President prayed for the eternal peace of the departed soul and conveyed deep sympathy to his bereaved family members.
Born in 1937 in Kolkata, Prof Anisuzzaman was a Post-doctoral Fellow at the University of Chicago (1964-65), a Commonwealth Academic Staff Fellow at the University of London (1974-75), and was associated with research projects of the United Nations University (1978-83).
A Professor Emeritus at the Dhaka University, Dr Anisuzzaman taught Bangla literature both at the Dhaka University (1959-69 and 1985-2003) and Chittagong University (1969-85).
Also read: Documentary on Prof Anisuzzaman to be screened Tuesday
He was a Visiting Fellow at the University of Paris (1994) and the North Carolina State University (1995) and a Visiting Professor at the Viswa Bharati (2008-09).
Dr Anisuzzaman participated in the Language Movement, the 1969 Mass Upsurge and the Liberation War. After the country’s independence, he became a member of the National Education Commission with Kudrat-E-Khuda as its chief.
He authored many books in Bangla and English, including Muslim Manas O Bangla Sahitya (Dhaka 1964), Swaruper Sandhane (Dhaka 1975), Purono Bangla Gadya (Dhaka 1984), Factory Correspondence and other Bangla documents in the India Office Library and Records (London 1981), Creativity, Reality and Identity (Dhaka 1993), Cultural Pluralism (Calcutta 1993) and Identity, Religion and Recent History (Calcutta 1995).
Dr Anisuzzaman had conducted outstanding research on the history of Bangla literature and won many international awards in recognition of his contributions to literature.
He was a recipient of the Bangla Academy award for research (1970) and the Ekushe Padak, an award given by the State, for his contribution to education (1983). The Rabindra Bharati conferred upon him an honorary D. Litt (2005) and the University of Calcutta the Sarojini Basu Medal (2008).
Also read: Dr Anisuzzaman picked for Khan Bahadur Gold Medal Award-2018
He was a member of the Planning Commission to the government of Bangladesh during the Liberation War and the President of the Bangla Academy afterwards. He was elected a Fellow of the Asiatic Society of Bangladesh.