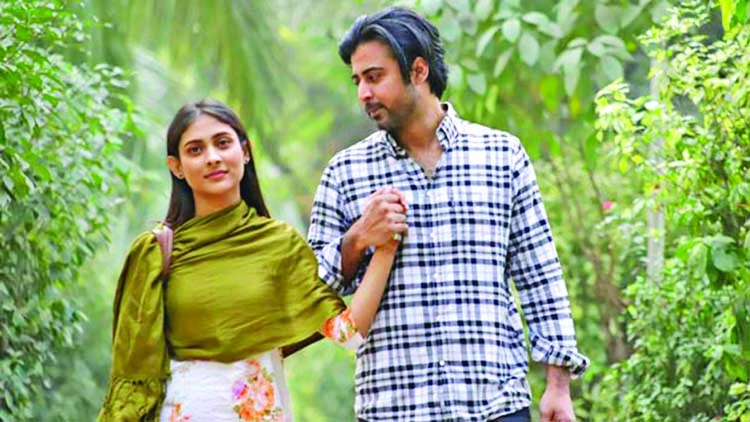 The production company CMV has produced a special Eid drama starring a special couple of the time, AfranNisho and MehazabienChowdhury.
The name of the drama is 'Impossible Love'. Mahmud NiazChandradip has directed the drama written by Abdullah MahfuzOvi.
The story of the drama will show a wonderful love story of magic reality. Here it will be shown that AfranNisho is arrogant towards his lover Mehazabien and commits suicide. But the end of this story concludes with the married life of the two lovers!
In the context of the work, AfranNisho said, "Looking at the story, one would think it was a story of hallucination and someone would say that it is magical reality while others would argue it to be a ghost story! But I don't believe any of this, the story is really about love. If you don't see it, you won't feel it."
From Production Company CMV officials said, 'Impossible Love' will be released on the company's YouTube channel for the upcoming Eid as a special drama.