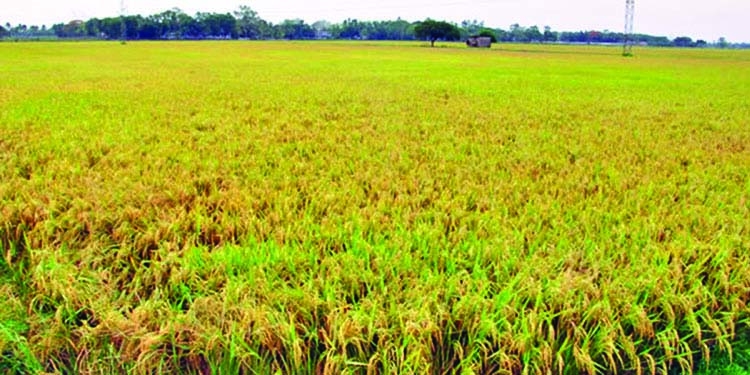 Agriculture Minister Dr. Abdur Razzaque on Thursday said that Boro farmers are getting fair price and harvesting paddy successfully.
He said that over 4.65 million hectares of land across the country has been brought under Boro cultivation in this year. Already 100 percent of the haor and 48 percent of the country's paddy has been harvested.
The minister made the remarks while exchanging views with reporters online from the conference room of the ministry on the price of Boro paddy and the progress of paddy harvesting. Razzaque said that there is difference of paddy price based on regions. Prices also vary depending on condition of paddy (whether it is wet or dry).
In the briefing, the Agriculture Minister highlighted the price of Boro paddy and the progress of paddy harvesting across the country as per the information sent by Deputy Directors of the Department of Agricultural Extension from 14 regions and districts of the Agriculture Department.
He said that the current price of paddy is quite rational. Farmers and cultivators are happy when the price of paddy and rice goes up, but people with limited income suffer. They cannot afford to buy food with their meagre income.
"To avoid these crises, we want equilibrium where farmers are happy with the sale of paddy and rice, and food security for low-income people is ensured."
The minister said that 77 percent paddy harvesting has been completed in Cumilla region, 73 percent in Khulna region, and 62 percent in Jashore region.
He said that 2.025 million metric tonnes of food grains including 1.15 million metric tonnes of rice (boiled and non-boiled) and 0.8 million metric tonnes of paddy and 75,000 metric tonnes of wheat, will be procured during current Boro season to ensure fair price of paddy to the farmers and food security of the low income people of the country during the coronavirus situation.