Coronavirus: State of emergency lifted in most of Japan 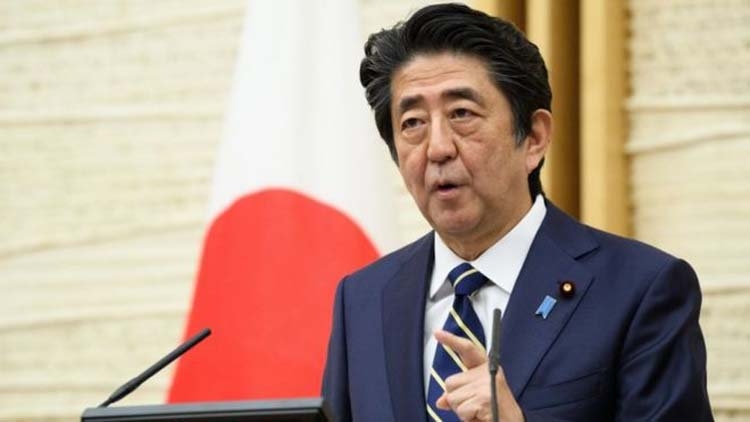 Japan has lifted a state of emergency imposed due to the coronavirus in 39 out of 47 prefectures, after a sharp fall in new infections.

The order still applies in Tokyo, Osaka and on the northern island of Hokkaido, where new cases are emerging daily.

Prime Minister Shinzo Abe said Japan's rate of infection had reduced to one seventh of the country's peak.

He urged the public to be vigilant, wear masks, and keep following distancing guidance.

"If possible, before 31 May, we would like to lift the state of emergency for the other regions as well," Mr Abe said.

*   Why is there so little coronavirus testing in Japan?
*    Lessons from Hokkaido's return to virus lockdown
*   Japan sumo wrestler dies after virus infection

Japan faced early criticism for its handling of a mass outbreak on the Diamond Princess cruise ship, docked off the city of Yokohama, but appears to have avoided an epidemic on the scale of those seen in the US or Russia.

There have been 16,049 confirmed infections in the country and 678 people have died with the virus, according to data from Johns Hopkins University.

Doctors' warnings in mid-April that Japan's medical system could collapse under a wave of new Covid-19 cases have not come to pass.

The country's low level of testing has raised questions, but Mr Abe said its strategy of tracking virus clusters had worked in many areas.

"We were able to contain (the spread of infections) to the level at which it can be prevented with a thorough cluster-focused approach," he told reporters.

Unlike governments elsewhere, Japan's leaders have no legal power to enforce a lockdown. While local governors can call on businesses to stay closed and suggest people stay at home, there are no punishments if they choose not to do so. Despite this, mobility data has shown a striking drop in public movement.
--- BBC