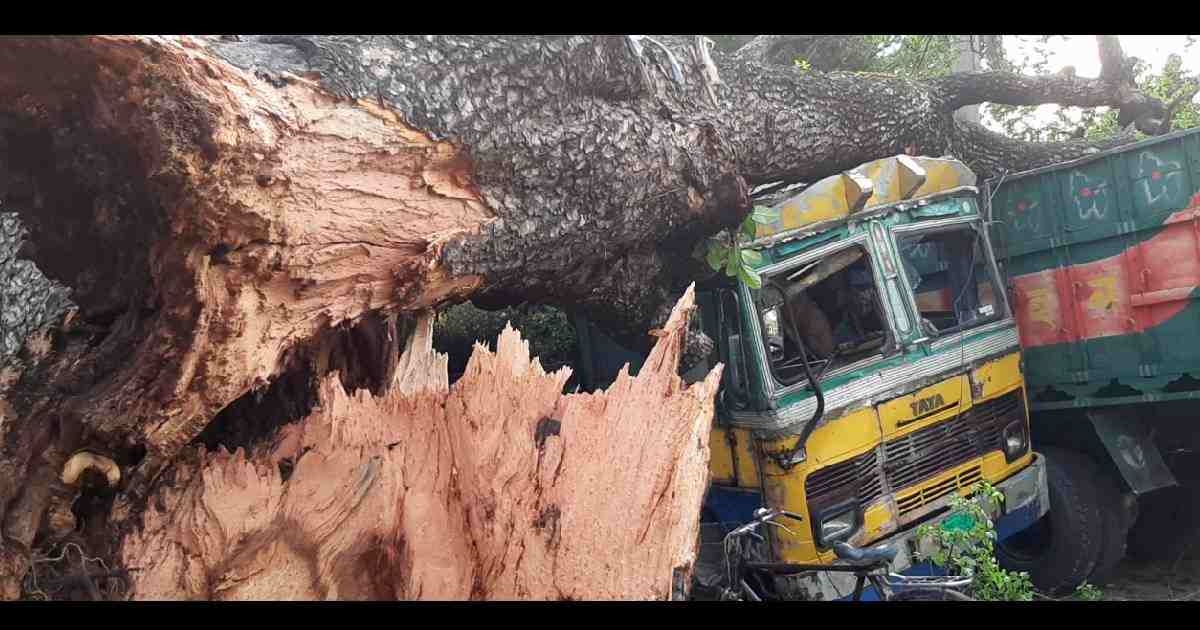 A number of houses and standing crops were damaged as nor’wester swept over Sadar, Damurhuda, Jibannagar and Alamdanga upazilas of Chuadanga district on Thursday.
The storm started around 12:25 pm and lasted for 30 minutes, said Samadul Haque, a meteorologist of Chuadanga Met office.
The wind speed of the storm was 55 kph while the Met office recoded 31 mm of rainfall during this period, he said.
Twenty people were injured during the storm while a vast track of crops land, houses were damaged.
Besides, a number of trees were uprooted during the storm.
Meanwhile, power supply in four upazilas of the district remained suspended.