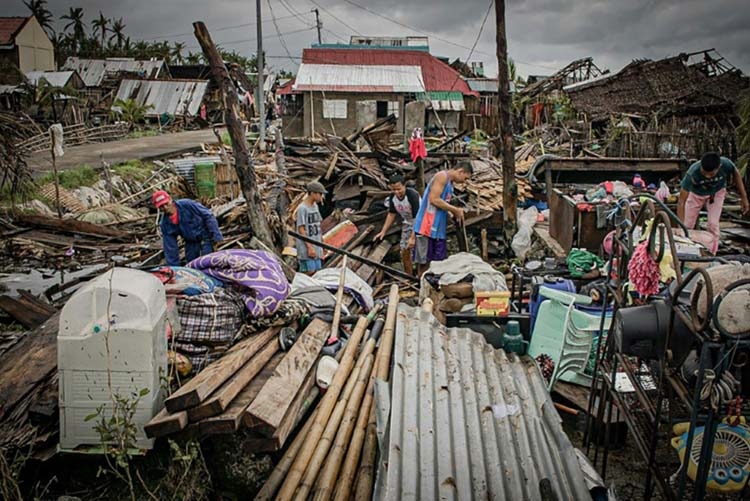 Authorities have not reported any deaths so far, but disaster crews had not yet completed their assessment of hard-hit areas cut off by the storm.
It is not unheard of for disasters to overlap in the Philippines, and some 22,000 people were evacuated from the slopes of the active Mayon volcano ahead of the typhoon's arrival.
Heavy rains in the past have sent landslides of debris cascading down the volcano, burying and killing the communities in their paths.
Typhoons are a dangerous and disruptive part of life in the Philippine archipelago, which gets hit by an average of 20 storms and typhoons each year.
The storms put millions of people in disaster-prone areas in a state of constant poverty and rebuilding.
A July 2019 study by the Manila-based Asian Development Bank said the most frequent storms lop one percent off the Philippine economy, with the stronger ones cutting economic output by nearly three percent.
Many of the areas in Vongfong's path have already gone through much of their emergency disaster money while responding to the pandemic, and have asked the national government for help.
The country's deadliest cyclone on record was Super Typhoon Haiyan, which left more than 7,300 people dead or missing in 2013.
---AFP, Manila