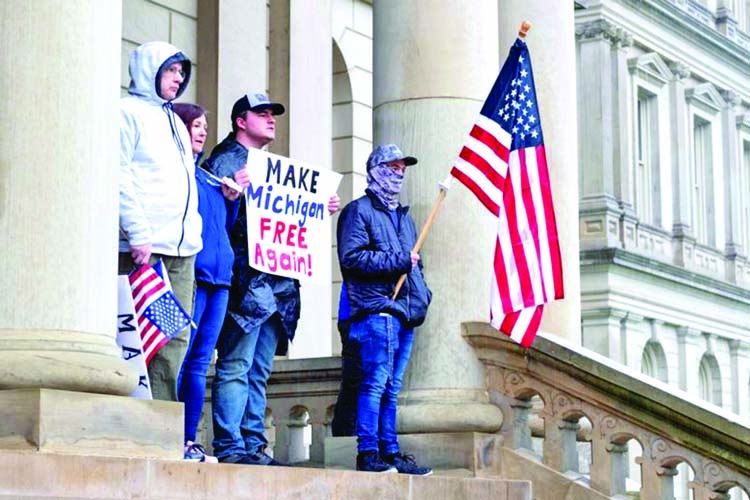 Protesters at the Capitol building in Lansing, Michigan, on May 14, 2020. -Reuters
With frustration in his voice, Kentucky senator Rand Paul berated infectious diseases expert Anthony Fauci, arguing at a Senate hearing on Tuesday that a national strategy of keeping schools closed to curb the spread of the coronavirus was misguided. "In rural states, we never really reached any sort of pandemic levels in Kentucky and other states, reports The Strais Times.
"We have less deaths in Kentucky than we have in an average flu season. It's not to say this isn't deadly, but really outside of New England, we've had a relatively benign course nationwide," said Mr Paul, a Republican who himself recovered from Covid-19 last month. The heated exchange underscored how Republican and Democratic states are experiencing the coronavirus differently.
, which experts say in part explains why red states are more eager to reopen businesses and schools.
The virus first spread rapidly in Democratic states on both coasts, including Washington, California and New York.
America now has nearly 1.5 million recorded cases and 87,000 deaths, the lion's share of which can be found in a handful of states in the northeastern New England region. But closing businesses to contain the virus has hit all states hard, with unemployment numbers surging everywhere.