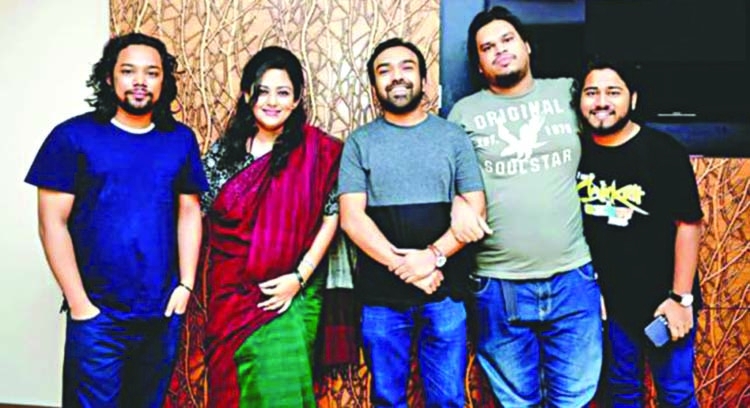 In the end, Pavel's drums kit, Emon's guitar, Sharmin Sultana Sumi's nose ring, wearing which she toured around the world and performed on numerous stage shows, were sold for Tk 10 lakh. These items were bought by ZaidiSajib, an Australian expatriate who owns a company called Australia Bangladesh Cultural Exchange.
He bought these things at an online auction Wednesday night. In this context, Sumi said, "This Tk 10 lakh is worth more than 10 crore for us at the moment. We have decided to give the money to 20 families at the cost of Tk 10 thousand per month for 5 months."
To stand by the helpless people affected by the Coronavirus pandemic, the charity 'Auction for Action' is raising money by auctioning off the favorite items of the country's popular stars. The money received from there is being given as grant to the organization of the star's choice.
Earlier, the company had auctioned HumayunFaridi's widely used spectacles, Shakib Al Hasan's favorite bat, original tape of vocalist Tahsan Khan's first album and pages of written lyrics of the song 'Irsha'. This time the country's popular band 'Chirkut' has been added to that list. ChishtiIqbal, Arif R Hossain and Preeti Reza are in charge of 'Auction for Action'.