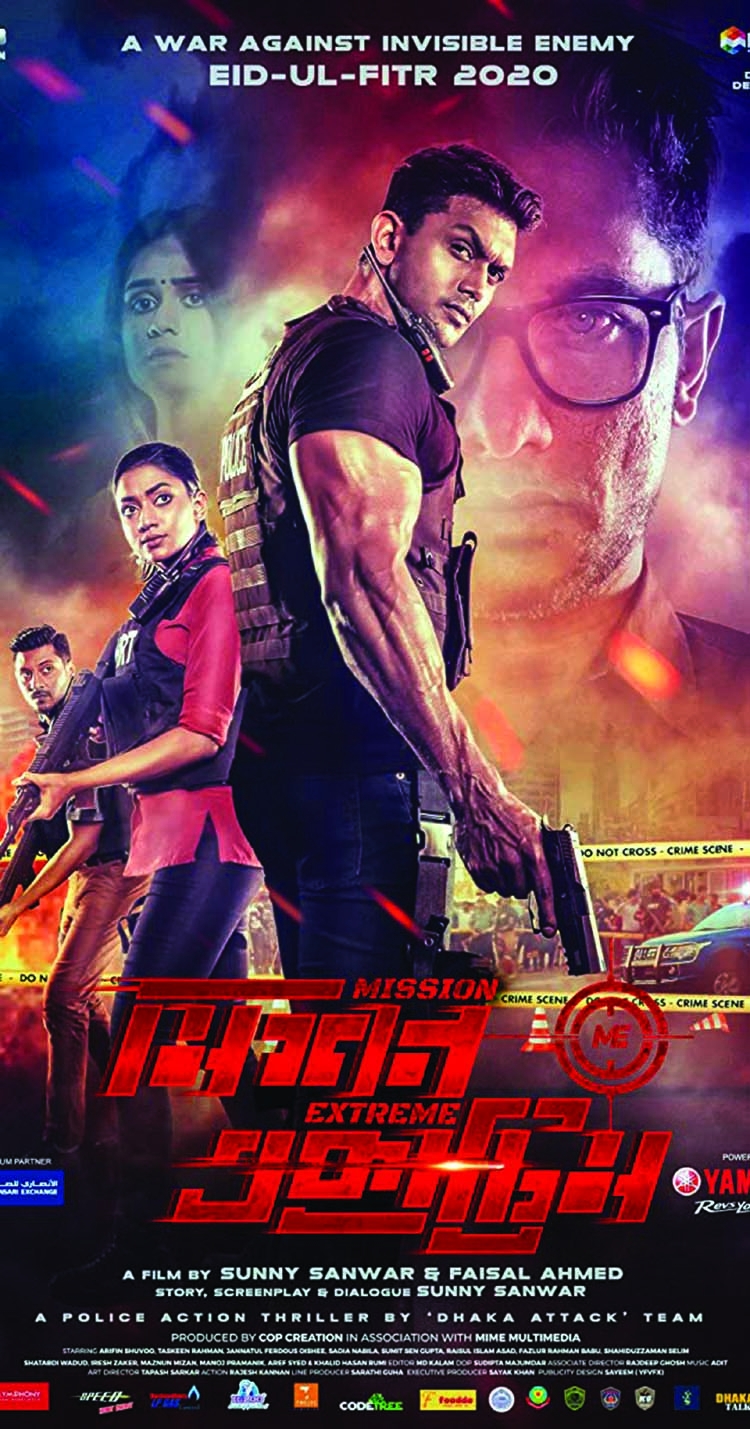 The whole world is in turmoil because of the global epidemic of coronavirus (Covid-19). The prevalence is increasing day by day in Bangladesh. Considering such a situation, the movie 'Mission Extreme', which is waiting to be released in the upcoming Eid-ul-Fitr, will not be released this Eid. Director, producer and writer Sunny Sanwar has made an official announcement in this regard.
"This is a major setback for the entertainment world," he said. He added, "This is a great blow for the entertainment industry. Even so, we have to be patient. The main objective of the film was to bring it forth to the audience and display the social work. This was to deliver the message across the country.
That would have been done this Eid. Now that Eid is not happening as per plans, I will release the first part at a convenient time. A few days later, the second part will come. The movie is being released in several countries of the world, but I am closely monitoring the situation in the world. I will actually think of release according to the situation. But it is understood that the time to release is not coming very soon."
Faisal Ahmed co-directed the police action thriller cinema along with Sunny Sanwar. The central characters are ArifinShuvo, JannatulFerdousOishee, Sadia Nabila and TaskinRahman. The shooting of two parts of 'Mission Extreme' ended earlier this year.
Other important characters in the film are played by SumitSengupta, ShatabdiWadud, MajnunMizan, IreshZaker, ManojPramanik, AriefSayed, Sudipta Deep, RashedMamunApu, EhsanulRahman, Dipu Imam.
'Mission Extreme' cinema is being made inspired by the breathtaking operation of the Counter Terrorism Unit of the Police and the CTTC of the Dhaka Metropolitan Police. The story and screenplay are written by Sunny Sanwar. Mime Multimedia and Dhaka Detective Club are the co-producers of the movie.