An initiative by Britain, EU 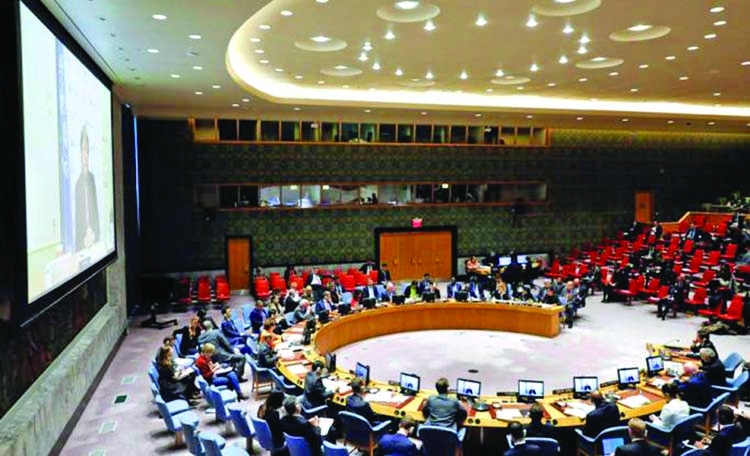 UN Security Council European member states and Britain on Thursday denounced violence in Myanmar and expressed concern over the coronavirus pandemic in the country, in a document China refused to endorse, diplomatic sources said.
Britain, which initiated the session, said it was concerned about "the heavy toll" an escalation of violence between the Myanmar military and the insurgent Arakan Army was "taking on civilians at the time of a global COVID-19 crisis." The country's northwest has been embroiled in an increasingly brutal civil war between the military and Arakan Army rebels demanding more autonomy for the region's ethnic Rakhine Buddhists.
"The conflict has already led to a spike in internal displacement, additional restrictions on humanitarian access, and an increased number of civilian casualties," Britain said in a statement. EU members Belgium, Estonia, France and Germany expressed the same concern, calling for "an immediate, comprehensive and nationwide ceasefire."
"We emphasize the importance of an inclusive response to the COVID-19 pandemic that protects all communities and takes into account the vulnerability of refugees and internally displaced persons," they said, mentioning in particular women from Myanmar's persecuted minority Rohingya Muslim population.
The last UN Security Council meeting on Myanmar was in February. China, which backs Myanmar and regularly opposes UN intervention in the country, prevented the adoption of a joint statement by the 15 Council members.
Since August 2017, around 740,000 Rohingya have fled to Bangladesh, taking refuge from the atrocities committed by the Myanmar military and Buddhist militias, which have been described as "genocide" by UN investigators.
The exact number of Rohingya killed in the violence is unknown, but NGOs estimate it to be several thousand.