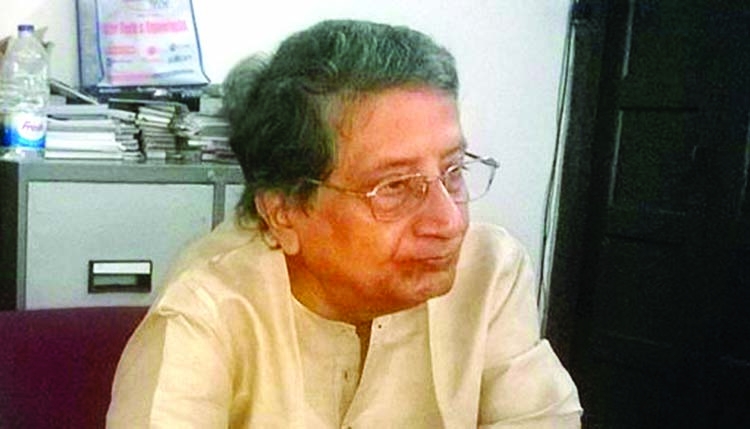 Veteran Bengali novelist Debesh Roy -- a fierce fighter against communalism who was conferred the prestigious Sahitya Akademi award for his novel 'Teesta Parer Brittanto' -- died at a private hospital in Kolkata late on Thursday night, his family members said. Roy was 84 and he is survived by his son.
He was admitted to the hospital near his residence at Baguihati, on the eastern fringes of Kolkata, on Wednesday after having symptoms of sodium-potassium imbalance and breathing problems, his family members said.
Roy's condition deteriorated on Thursday night and he suffered a massive cardiac arrest and died at 10:50pm Kolkata time our New Delhi correspondent reports quoting the family.
A regular contributor to a number of Bangla dailies, he was a staunch critic of the attacks on liberals in India in recent times and attended protest meetings despite his failing health.
Born in Pabna of Bangladesh on December 17, 1936, Roy, who had five decades under the belt in his career as a writer, made his debut with 'Jajati.'
Shifting to Jalpaiguri from Pabna, Roy came under the influence of leftist ideology that went on to form his political views, eventually getting him involved in workers' movements in Kolkata.
Northern part of West Bengal formed the setting of many of his books, which include Udbastu, Borisaler Jogen Mandal, Samay Asamayer Brittanta, Kolkata O Gopal, Nirastrikaran Keno, Shorirer Sarbassyata, Teestapuran and Manush Khun Kore Keno.