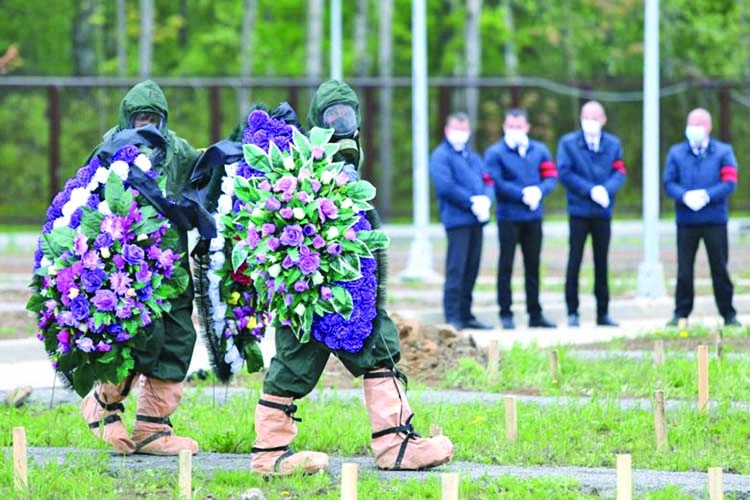 The burial of a Covid-19 victim at a cemetery on the outskirts of Moscow on Friday. -Reuters
Russia on Saturday recorded its highest daily death toll yet from the coronavirus while new cases fell to the lowest level in two weeks. Russia is in second place in the world to the United States with 272,043 cases, with 9,200 new cases announced Saturday, the lowest number since May 2. But the number of deaths announced Saturday for the last 24 hours was the highest yet in Russia, at 119.
Critics have cast doubt on Russia's low mortality rate, accusing authorities of under-reporting deaths in order to play down the scale of the crisis. The total number of officially confirmed deaths is now 2,537, lower than a number of other countries with fewer cases. Russian health officials say one of the reasons the count is lower is that only deaths directly caused by the virus are being included.
Authorities also say that since the virus came later to Russia, the country had more time to prepare hospital beds and launch wide-scale testing to slow its spread.
---AFP, Moscow