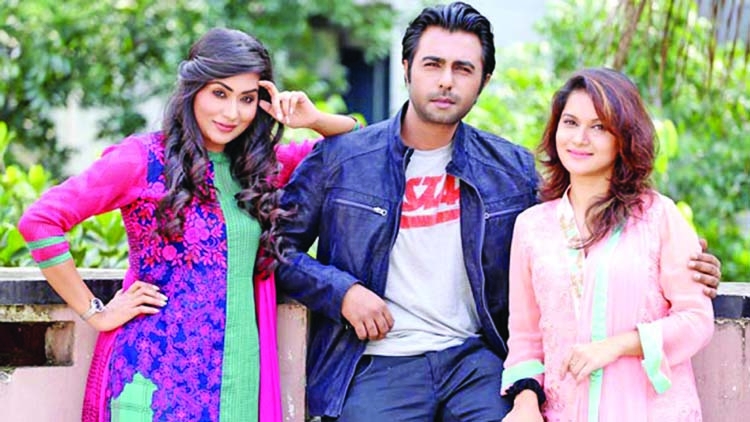 Popular stars Apurba, Zakia Bari Mamo and Mithila are the models of a music video made from home. They can be seen in the video of the time-honored folk song 'AbaarJombeMela'.
Rafa has re-arranged the words and tunes of LokmanHossain Fakir, a famous devotee of folk songs. At the same time, Rafa himself arranged the music with the voice of this song. The song had ElitaKarim and Zohad from Shovvotaand Nemesis as co-artistes.
In addition to Mamo, Mithila and Apurba, the video will also features young actor YashRohan and model and actress NafizaTushi.
Apurba said, "It is possible to do creative work even sitting at home. The video of this song and many other contemporary songs are big proof of it. I want to give joy to everyone's mind through creation.
That is why I am trying to give joy to the people in these difficult times." The music and video artistes and other artisans have agreed with his words.
According to the composers and artistes of the song 'AbaarJombeMela', the Indian online platform G-Five is organizing a number of events to give people courage and make their captivity joyful.
In this continuity the new release has been made. The artistes also said that the video of G-Five song has been being released online on May 13.4.