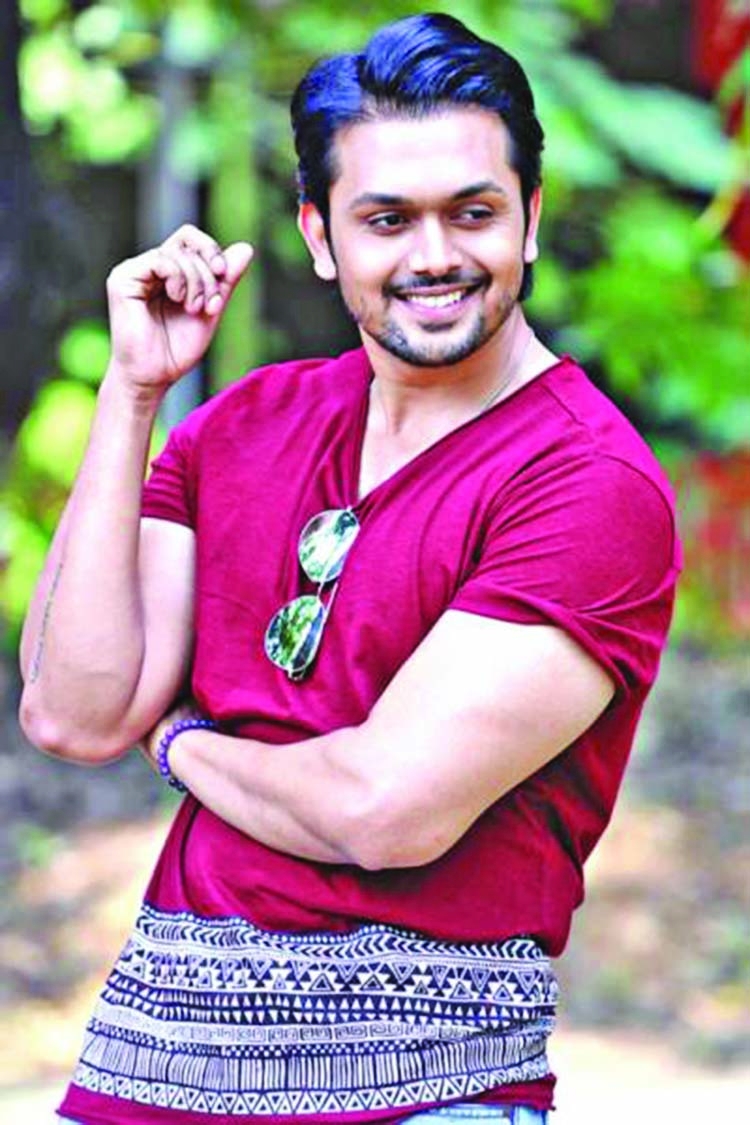 No new movies are going to be released anytime soon as the country is grappling with novel coronavirus pandemic at the moment. Actor ArifinShuvoo, amid this crisis, does not want to disappoint the fans.
The big screen hunk decided to appear in front of the viewers with a different performance this eid. He will voice a new song and release it on his YouTube channel in this Eid-ul-Fitr, the actor recently revealed.
The song titled 'Mon Ta Bojhena' has been composed by Fuad Al Muqtadir while K Zia has penned the lyrics.
Shuvoo said, "It is a surprise to my fans. I have earlier sung a song for the film 'Agni'. My best gift to my fans this Eidwas the film 'Mission Extreme'. We could not release the film because of the coronavirus situation. That's why I made up with this small present for them."
Besides acting, ArifinShuvoo plays guitar and sings as well. He never released any music so far, though. The actor said that the song was made in the United States one and a half year ago.
"Fuad is an old friend of mine. He lives in the United States. I went there for a personal work. I met him at that time. He insisted me to sing at the time. So I did it," he said.
The actor said he had a big plan for this song. But he had to drop that for he is now releasing it on Eid. "I wanted to shoot for the song outside the country. But for now, I want to release it for my fans as a present."
Shuvoo said, he finished shooting at home during this lockdown. His wife Arpita who does photography had a camera.
He said, 'Arpita knows photography. So it was easy to shoot at home. Hope, the fans will like it. The song 'Mon Bojhena' will be released on the actor's YouTube channel.
"The editing is underway. We are not sure of the releasing date yet. It will be released in this Eidfor sure. The rest of the information will be available on my Facebook page before the song is released," he said.