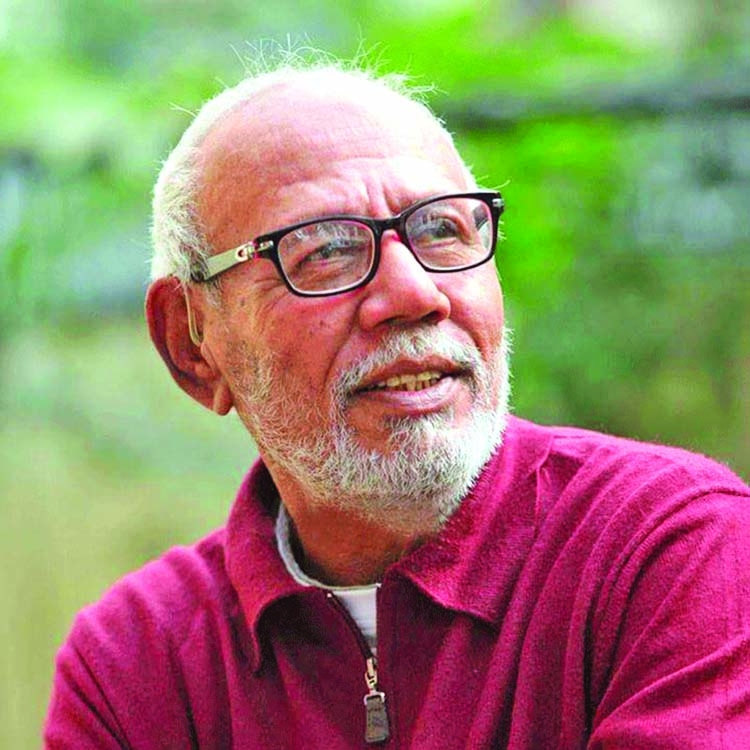 Veteran actor ATM Shamsuzzaman is doing well. Rubbishing the rumor that he had passed away, ATM Shamsuzzaman expressed his frustration on Friday night. "I'm still alive. With this, my death rumor has spread 10 to 12 times. I don't know why this happens. May the Almighty correct the rumormongers," he said. On Friday evening, a rumor tricked social media users into believing ATM Shamsuzzaman had died.
However, the actor was at his Sutrapur residence at the time, alive and in good health.  "We started getting phone calls in the evening. All wanted to know when he died," RunyZaman, wife of the actor, said.
"He had been sick for a long time and undergone treatment in several hospitals. But after recovery, he has been staying at his own residence in Dhaka for a long time," she added. The actor was born on 10 September 1941 in Daulatpur, Noakhali. His ancestral residence is at Borobari, Bholakot in Lakshmipur.
He studied at Pogose School and Collegiate School in Dhaka and at Lokonath High School in Rajshahi.
His father Nuruzzaman was a prominent lawyer and was involved in politics with Sher-e-Bangla AK FazlulHaque. His mother was Nurunnesa Begum. He was the eldest among five siblings, including three sisters. Shamsuzzaman began his career in film as an assistant film director in 'Bishkonya' directed by UdayanChowdhury. He wrote his first manuscript and story for the film 'Jolchhobi' which was directed by Narayan GhoshMita. He wrote over a hundred scripts and stories till date. He played major role in a movie in 1965.
The actor came into discussion for his role in AmjadHossain's 'Noyonmoni'. In 1987, Shamsuzzaman won Bangladesh National Film Award for the best actor for his role in Kazi Hayat's 'DayeeKe'? He secured another Bangladesh National Film Award playing the role of a supporting character in RedoanRony's 'Chorabali'.