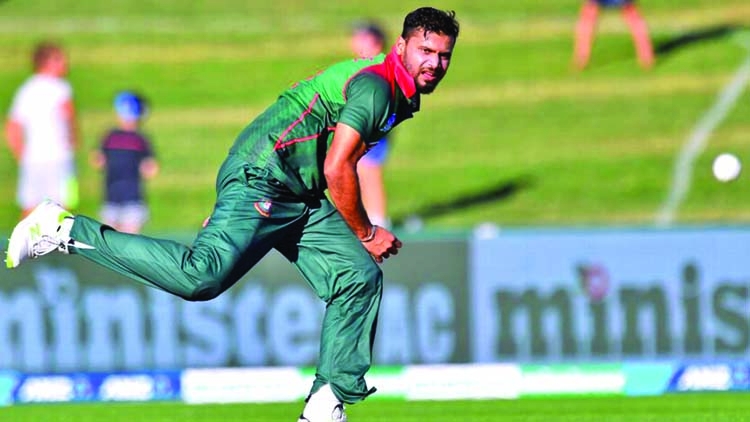 Former Bangladesh ODI captain Mashrafe Bin Mortaza in action. -Collected
Former Bangladesh captain Mashrafe Bin Mortaza is set to put his bracelet for auction to raise fund for the Covid-19 affected people in Bangladesh.
According to BSS, Auction 4 Action, is organizing the auction for the bracelet with fixing base price Tk. 5 lakh. The auction started on Saturday and will end today, after which, the winner will be announced. Auction 4 Action revealed the news on their facebook page.
"Mashrafe Bin Mortaza has come with his bracelet that witnesses his ups and downs in cricket for the last 18 years. The base price of the product is set at Tk. 5 lakh. The bidding will start tonight and will be ended tomorrow" it said on a facebook post.
Auction 4 Action earlier put ShakibAl Hasan's World Cup bat up for auction, which later was sold for Tk. 20 lakh. Nibco managemet auctioned Mushfiqur Rahim's bat which was sold for Tk. 17 lakh. Apart from them, some other cricketers also put their memorabilia up for auction.