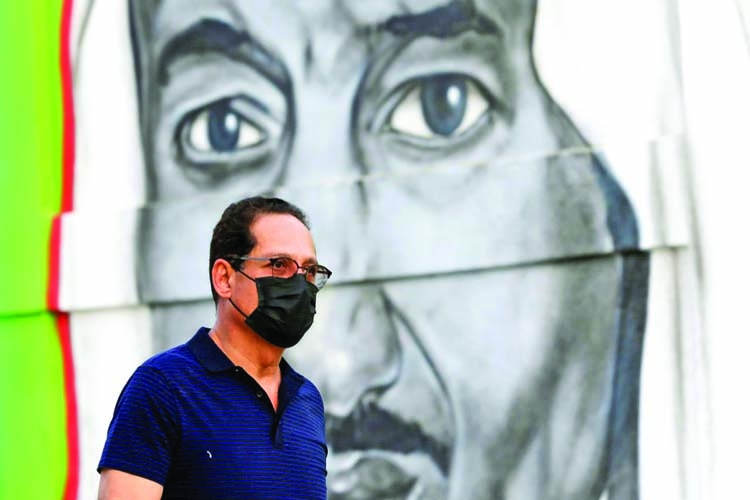 As 2,840 new COVID-19 cases were announced on Saturday, the highest recorded daily count, Saudi Ministry of Health said that the total number of recorded COVID-19 cases now stands at 52,016. Ministry spokesman Dr. Mohammed Al-Abd Al-Aly announced that there are currently 28,048 active cases, 166 of which are in critical condition.
He said that 34 percent of cases recorded on Saturday were Saudis while the rest were expats, with Riyadh recording the highest number of confirmed cases in the Kingdom with 839 confirmed cases. 36 percent of today's cases were female, 9 percent were children, 87 percent were adults aged 18-65, and 4 percent were adults over the age of 65.
Al-Aly announced 1,797 new recoveries on Saturday, raising the total to 23,666, and 10 new fatalities, bringing the Kingdom's death toll to 302. The deceased were all expats ranging in age between 30 and 60 with most of the deceased suffering from prior chronic health conditions. Deaths were recorded in Jeddah, Makkah, Madinah.
The spokesman announced that 570,000 polymerase chain reaction tests have been conducted so far to confirm COVID-19 cases. Al-Abd Al-Aly said that people must follow the government's instructions to help prevent the spread of COVID-19. "The way to safety is in our hands, we are all responsible and we're all able to keep safe by following instructions and adhering to the protocols set in place by the relevant authorities," he said in the press conference, reports arabnews.com.
The spokesman warned residents not to follow rumors or spread false claims, urging people to rely only on trusted news sources for the latest progress in the fight against COVID-19 in the Kingdom.
The Saudi Public Prosecutor announced two weeks ago that legal action will be taken against individuals who spread misinformation and rumors.