Garment workers protest for back pay 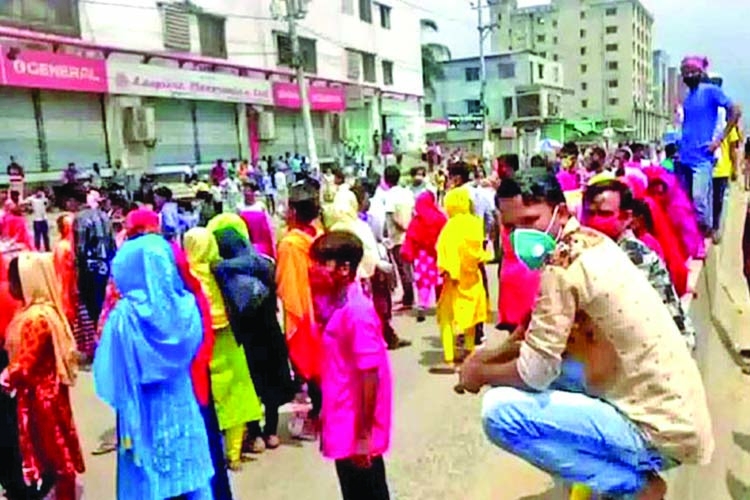 Disgruntled workers of 'Apparels' garment factory have descended on the streets of Dhaka's Mohakhali to demand back pay amid the coronavirus shutdown.
The protests began around 10 am Saturday, bringing emergency transport services on the Banani-Mohakhali thoroughfare to a halt, according to Banani Police OC Nure Azam, reports bdnews24.com.
The factory owes its workers at least a month's wages while some have not been paid for two months, the protesters alleged.
Police later managed to convince the workers to call off their protest around 1 pm with the assurance that their dues would be cleared soon, said OC Azam.
The payment of outstanding wages was discussed in a meeting involving the factory owners, BGMEA representatives and Department of Inspection for Factories and Establishments but the matter still remains unresolved, he added.