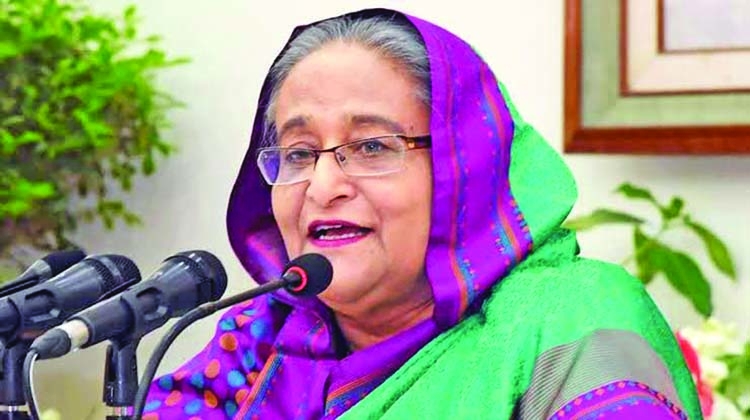 Today is May 17. It is the 39th homecoming anniversary of Awami League Chief and Prime Minister Sheikh Hasina. After six years in exile, Sheikh Hasina returned to her beloved motherland on this very day in 1981.
Tens of thousands of people welcomed Hasina, the elder daughter of Father of the Nation Bangabandhu Sheikh Mujibur Rahman, after she landed at Kurmitola airport in Dhaka. She arrived on an aircraft of Indian Airlines from the Indian capital of New Delhi.
This year, the day will be observed without any elaborate program in view of the current COVID-19 situation.
Father of the Nation Bangabandhu Sheikh Mujibur Rahman was brutally assassinated along with most of his family members on August 15, 1975. But his two daughters - Sheikh Hasina and Sheikh Rehana - luckily escaped the brutal killings as they were abroad at the time.
Before her return, Sheikh Hasina was elected party president at a national council session of the Awami League held on February 14, 15 and 16 in 1981 at Hotel Eden in Dhaka.
Bangladesh today holds a coveted position globally due to the prudent, bold and dynamic leadership of Sheikh Hasina. After victories on the sea and at the border, the successful launching of a satellite into space is a new wonder. The construction of the Padma Bridge with the country's own resources is about to be finished.
Bangladesh is advancing with welfare activities. Under the worthy leadership of Prime Minister Sheikh Hasina, per capita income is increasing and poverty is declining. With a view to turning the country into Sonar Bangla, programs like 'Vision-2021' and 'Vision-2041' have been undertaken. The Delta Plan-2100 has also been taken.
The programs undertaken by Prime Minister Sheikh Hasina for democracy, development and welfare of the people will remain points of light in the history of Bangladesh.
On the occasion of Sheikh Hasina's homecoming day, various organizations, including the Awami League, observe detailed programs every year throughout the country. However, this year no formal programs will be observed due to the novel coronavirus situation.
Referring to Sheikh Hasina's homecoming day as an important event in the history of the nation, ruling AL presidium member Mohammad Nasim said, "Sheikh Hasina's return home as a politician on May 17, 1981 paved the way for the establishment of the values of independence and democracy."