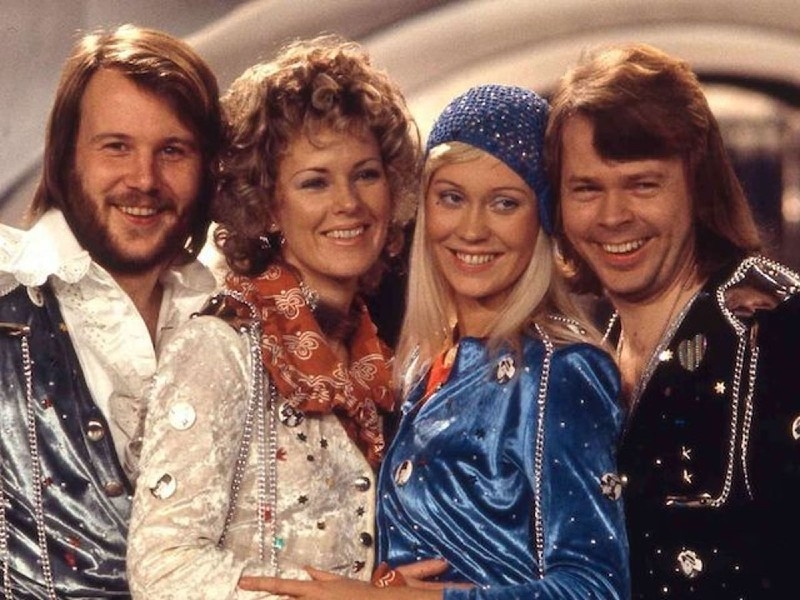 Abba's Waterloo has been named the greatest Eurovision song of all time by BBC viewers.
Eurovision: Come Together saw the public vote for their favourites, on the night that this year's song contest was due to take place.
The 2020 competition was cancelled in March amid the coronavirus pandemic.
The Swedish foursome won it in 1974 in Brighton. The track, which topped the UK charts and set them on their way to fame, went on to sell nearly 6m copies.
Speaking later on the night, Bjorn Ulvaeus from the band said he found it "hard to believe" that was where it began for them all those years ago.
The shortlist for the programme included Eurovision classics from the likes of Netta, Bucks Fizz, Conchita Wurst and Gina G.
But it was Agnetha, Anni-Frid, Benny and Bjorn who ultimately triumphed, with their musical metaphor about the joys of surrendering to love.
The 19-strong song list was compiled by Eurovision experts and broadcasters, including Rylan Clark-Neal, Scott Mills, Ken Bruce, Adele Roberts and Mel Giedroyc, as well as former UK acts SuRie and Nicki French.
Presenter Graham Norton upheld the tradition of raising a glass to the late Sir Terry Wogan, who hosted the contest for nearly 30 years.
"We couldn't deny you your Eurovision fix," he declared.
The programme also showcased what would have been the UK entry this year - James Newman's My Last Breath - and Norton spoke to the singer via video link.
Newman said he was "pretty gutted" and "had to have a few minutes to myself" when he found out the contest had been cancelled.
He said the staging had already been planned and showed an image of an underwater scene leading down from some steps.
Newman added that his favourite Eurovision entry this year was Iceland's - it was one of the favourites to win had the competition gone ahead, according to recent Spotify streaming figures.
Later on, the BBC also joined with other European broadcasters for Eurovision: Europe Shine A Light, to honour all 41 songs which would have competed this year.
Some of this year's songs would have been eliminated at the semi-finals, where the entrants are normally whittled down to 26 but the semis were also cancelled.
Saturday night's event was hosted from Rotterdam in the Netherlands, where the contest was due to take place, while Norton popped up again as the UK's commentator, and acts appeared in various forms online from across the continent.