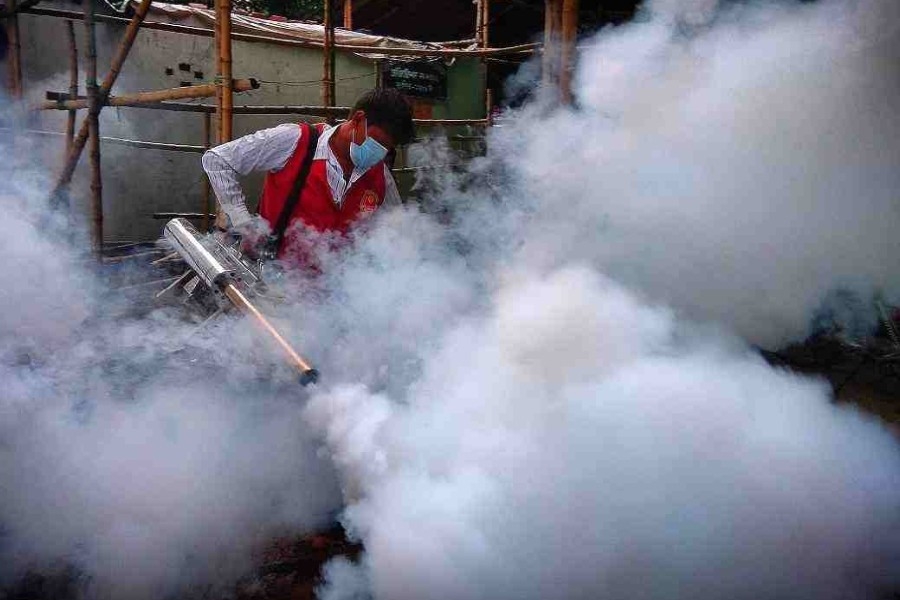 Mobile courts fined a number of houses and establishments Tk 46,000 on Sunday for having the larvae of Aedes mosquito on their premises in different parts of Dhaka North City Corporation (DNCC).
The mobile courts conducted drives in Uttara, Mirpur-2, Shahzadpur, Kalaura and Shah Alibagh areas of Mirpur-10, Karwan Bazar, Bhatara, Nurer Chala and Sutipara areas from 10am to 12pm as part of a combing operation, said  a press releae.
During the drive, DNCC officials visited 1,748 houses, establishments and under-construction buildings.
It also issued warnings to some homeowners as they failed to cooperate with the city corporation authorities in controlling the Ades mosquito spread.
In a bid to protect the city dwellers from dengue, the DNCC launched the combing operation from Saturday and conducted the mobile court drives alongside it.
During the mobile court drives, starting May 10, have so far realised Tk 1,67,300 in fines till Sunday, said the press release.
Bangladesh witnessed a major dengue outbreak last year that put severe strain on the country’s health care system. As the country struggles with rising number of coronavirus cases, a dengue outbreak at this time like the previous year will come as a devastating blow.