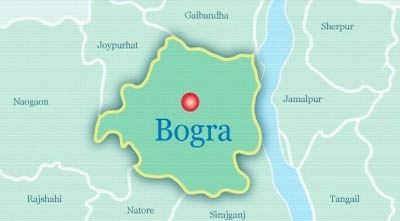 Two women were killed and three others were injured after a truck hit an auto-rickshaw on Sherpur-Dhaka Highway at Zamuna Para in Sherpur upazila on Sunday.
The deceased were identified as Nila Khatun, 35, wife of Sultan Mahmud of Sherua village in the upazila and Arpita Saha, 20, daughter of Jibon Saha of Mathurapur village in Dhunat upazila.
Ratan Islam, station officer of Sherpur Fire Service and Civil Defence, said the accident took place around 10am when the Dhaka-bound truck hit an auto-rickshaw, leaving Nila dead on the spot and four others injured.
The injured were taken to Shaheed Ziaur Rahman Medical College Hospital where Arpita died later.
Road crashes claim thousands of lives every year and they are mainly blamed on unskilled drivers, unfit vehicles and rundown road condition.
Last year, road crashes left 5,227 people dead and 6,953 injured, according to a road safety advocacy group. In February alone, at least 534 people were killed and 1,169 others injured.
In a report published in February, the World Bank said Bangladesh needs to invest an estimated extra $7.8 billion over the next decade to halve its road crash fatalities.