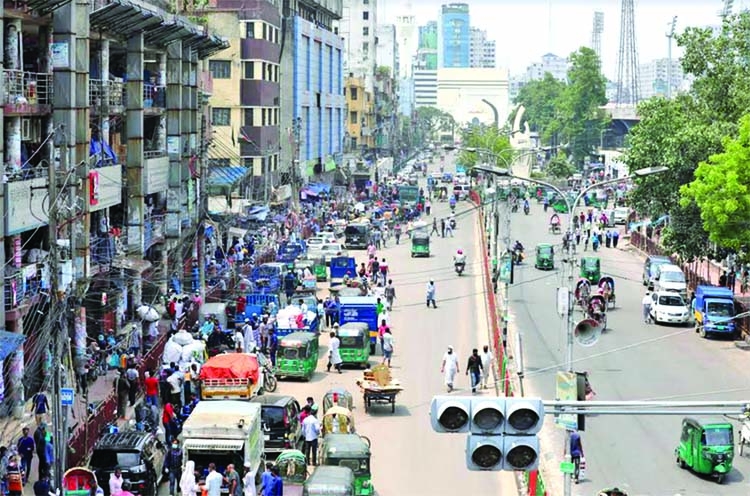 Dhaka ranked the seventh worst in the Air Quality Index (AQI) on Sunday. -AA
Dhaka was ranked the seventh worst in the Air Quality Index (AQI) on Sunday, a day after showing significant improvement.  In the morning, the city had an AQI score of 124 as its air was ranked 'unhealthy for sensitive groups'.
Delhi, Lahore and Shanghai occupied the top three spots in the list of cities with worst air quality, reports UNB.
Dhaka, an overcrowded megacity peppered by brick kilns around the edges, has long been struggling with air pollution. Pollution has reached an extreme level mainly due to uncontrolled discharge of dust from construction works, smoke from vehicles and brick kilns, experts said.
Environment Minister Shahab Uddin told UNB in February that air pollution "should be seen as an important national crisis". As the situation deteriorated, even the High Court stepped in and issued a nine-point directive to improve the quality.
Shahb Uddin said brick kilns were responsible for 58 percent air pollution in the capital.
So, when the government announced a general holiday and shut all non-essential services and mass transportation in March to curb the spread of coronavirus, there were expectations that the air quality would improve but things appear to have changed very little. The AQI is a tool for reporting daily air quality of any city or country. It tells how clean or polluted the air is, and what associated health effects might be a concern for public.  It focuses on health effects that one might experience within a few hours or days after breathing polluted air.