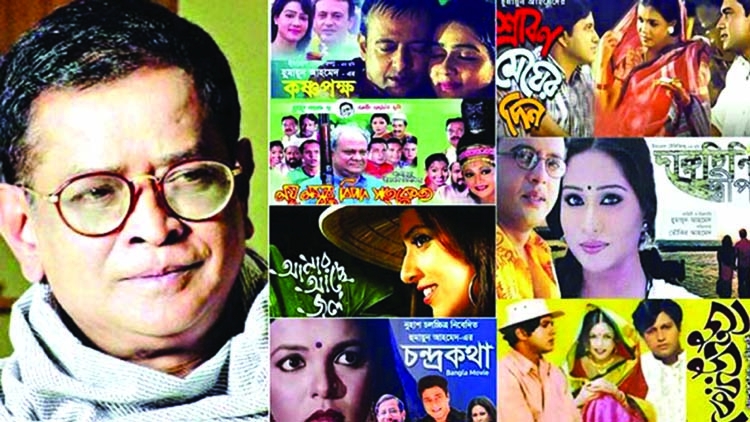 Coronavirus has caused all fun and happiness to fade away from life. Even so, Eid means light, Eid means joy, Eid means festivities. In the midst of so many adversities, on Eid-ul-Fitr, Channel-i has arranged various entertainment programs throughout eight days.
Among them, a total of 7 films including 5 films made by legendary Bengali writer Humayun Ahmed and two more films made by MeherAfrozShaon and Tauquir Ahmed based on his story will be shown on Channel-i on Eid.
These films of Impress Telefilm will be shown till the seventh day of Eid. Every day at 10:15 in the morning. MeherAfrozShaon's film 'Krishnapakhha' based on the story of Humayun Ahmed will be aired on Eid day. MahiyaMahi, Riaz, Tania Ahmed and others have acted in it.
On the 2nd day of Eid, 'Amar AchheJal' based on Humayun Ahmed's story; screenplay and direction will be shown. The film stars ZahidHasan, Shaon, Ferdous, BidyaSinhaMim, Munmun Ahmed, PiyushBandopadhyay, Saleh Ahmed, Challenger and others.
The 3rd day of Eid will feature Humayun Ahmed's popular film 'SrabonMegher Din'. The film stars Mahfuz Ahmed, Mukti, ZahidHasan, Golam Mustafa and others.
The movie 'Chandrakatha' will be aired on the 4th day of Eid. On the 5th day of Eid, the film 'DaruchiniDwip' made by Tauquir Ahmed based on the story of Humayun Ahmed will be shown.
On the 6th day of Eid, Humayun Ahmed's 'Dui Duari' is scheduled to be aired. And finally, on the 7th day of Eid, 'NoyNombor Bipod Shongket' will be broadcast.