Liton reveals the story behind his batting consistency 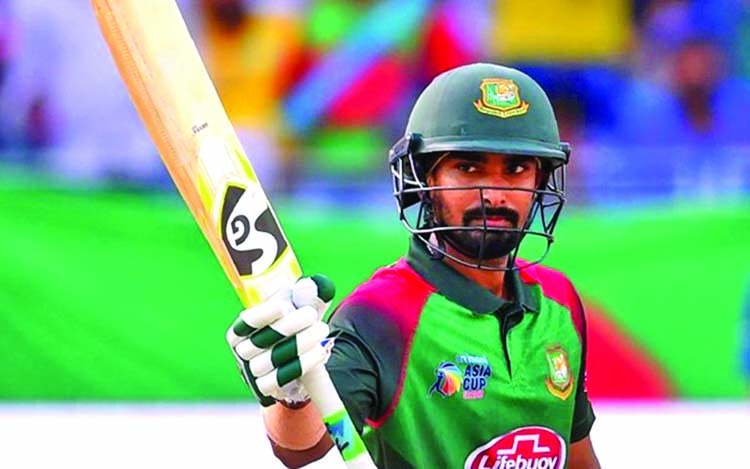 Liton might be unarguably the most stylish batsman, Bangladesh has ever produced but many feared his career would see the end before he does something significant. With no half-century in first 17 ODIs in which 10 scores were single-digit-the career looked going nowhere.
An enormously talented player like Liton's performance left the cricket fans in dazed state and some may started abusing him in social media outlet. In those tough times, captain Mashrafe Bin Mortaza was the one, who gets behind him always and forced the team management to play him regularly.
During 'Tamim Iqbal's Live Show', Liton revealed the story behind his batting renaissance that had already made him the next big thing after the era of Tamim, Shakib Al Hasan and Mushfiqur Rahim. Liton said basically his 69 ball-94 not out against West Indies in 2019 World Cup matured him enough and made him consistent.
Bangladesh won that match thanks to Shakib Al Hasan's epic century but Liton's knock was something special that even got the praise from Shakib himself. Afterwards, Liton got his groove and created a history in three-match ODI series against Zimbabwe in which he made 126 not out, 9 and 176 in a row. The 176 was the highest score by a Bangladeshi batsman in ODI cricket.
Notably he struck this knock just two days after Tamim Iqbal created a new record by making 158. Tamim indeed broke his own record of 154 to make new record. While Tamim needed 11 years to break his own record, Liton just snatched the record from him within two days. However more than the record, Liton's consistence is the thing that the whole Bangladesh team savoured. "Before the last World Cup, where we were playing a tri-series in Ireland, I tried to bring up some changes to my batting.
Normally I was not used to bat for a longer period in net. But during that series, I decided to bat in net as longer as I can. I had worked intensively with Neil McKenzie (batting coach) and practiced batting specially in pacy wicket. McKenzie always told me to play late and I did that earnestly. My confidence got enhanced when I saw that playing late gave me the chance to improvise my shot well also," Liton disclosed the story behind his consistency.
Later he made his BPL outing a memorable also by becoming the third highest scorer with 455 runs in 15 matches at an average of 32.50 and strike rate of 134.21.
Liton said, he had a different plan for BPL also, "Earlier, I thought I need to score with good strike rate and that's why most of the time I got out after scoring 25 off 10 or five balls. But in this BPL, I decided to improve my average and keep my strike rate over 130. I could execute the plan well."