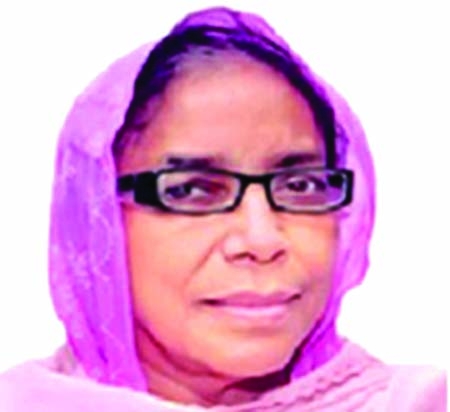 Prof Momtaz Begum, a member of the Bangladesh Constituent Assembly and the chairman of the Jatiya Mohila Sangstha, has died at the age of 74.
Momtaz died at her home at Dhaka's Bhooter Goli around midnight on Saturday, Jatiya Mohila Sangstha Director GM Rafiqul Islam told bdnews24. com. Momtaz was one of seven women to be elected to the Constituent Assembly in the 1970 election.
The former MP and freedom fighter also served as the general secretary of Bangladesh Mohila Awami League. President Abdul Hamid and Prime Minister Sheikh Hasina expressed profound grief and condolences over her passing. "The former chairman of the Jatiya Mohila Sangstha will live on in the hearts of the people for her skilled and revolutionary work," Hasina said in a statement.
"She had been suffering from complications due to old age," Rafiqul Islam. "She had to rely on a cane to walk. She was running a fever for a few days and had trouble breathing."
Jatiya Mohila Sangstha Executive Director Maqsura Noor said that she had tested negative for the coronavirus.
Momtaz will be laid to rest at the Martyred Intellectuals' Graveyard in Mirpur after funeral prayers on Sunday.