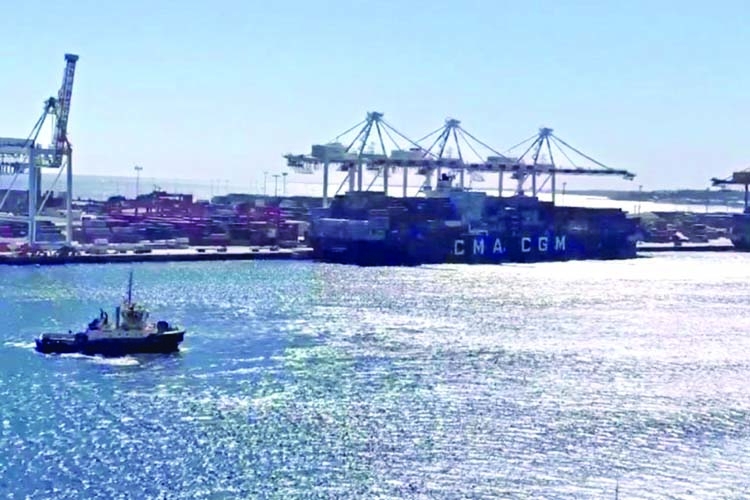 If duties were imposed, Australia would appeal the matter to the World Trade Organisation. -Reuters
Australia urged China on Sunday to respond to its requests to discuss easing tensions between the two trading partners after Canberra called for an international inquiry into the origins of the novel coronavirus.
China, accusing Australia of playing "petty tricks", has recently suspended beef imports from four of Australia's largest meat processors and is considering imposing hefty tariffs on imports of barley.
Australian Trade Minister Simon Birmingham has requested discussions on the trade issues with his Chinese  counterpart, he said in a television interview on the Australian Broadcasting Corp (ABC) on Sunday. "That request has not been met with a call being accommodated at this stage," he said on the ABC's 'Insiders' program. "We are open to have that discussion, even where there are difficult issues to be discussed."
Birmingham said Australia reserved its rights to bring a case against China at the World Trade Organisation if Beijing imposed the tariffs on Australian barley.
Relations between Canberra and Beijing have been strained amid Australian accusations of Chinese meddling in domestic affairs and concern about what Australia sees as China's growing influence in the Pacific region.
The call for the probe into the coronavirus' origins came amid rising criticism of China's handling of the outbreak by US President Donald Trump, who has said that Beijing should face consequences if it was "knowingly responsible" for the pandemic.
Canberra has insisted the call for the inquiry into the pandemic, which it says most likely originated in a wildlife market in the Chinese city of Wuhan, was not politically targeted at Beijing.
Australia is set to join other countries in pushing for the probe when the World Health Assembly, the decision-making body of the World Health Organisation, gathers next week in Switzerland for its first annual meeting since the Covid-19 pandemic began.
Covid-19 is the respiratory disease caused by the coronavirus.
The pandemic has caused more than 4.6 million infections and more than 310,000 deaths worldwide, according to Reuters data, paralysing life in major cities and devastating economies.
Australia has so far succeeded in containing the pandemic with swift and strict, albeit economically very costly, social distancing measures and aggressive testing.
The country, with a population of 25 million, has recorded 7,036 Covid-19 cases and 98 deaths, significantly below the levels reported in North America and Europe. As of Saturday, the government has reported testing more than 1 million people for the virus.
With new daily cases falling, Australia has begun easing its social distancing restrictions with most states allowing for public gatherings and some allowing pubs, malls, parks and beaches to reopen after weeks of lockdown.