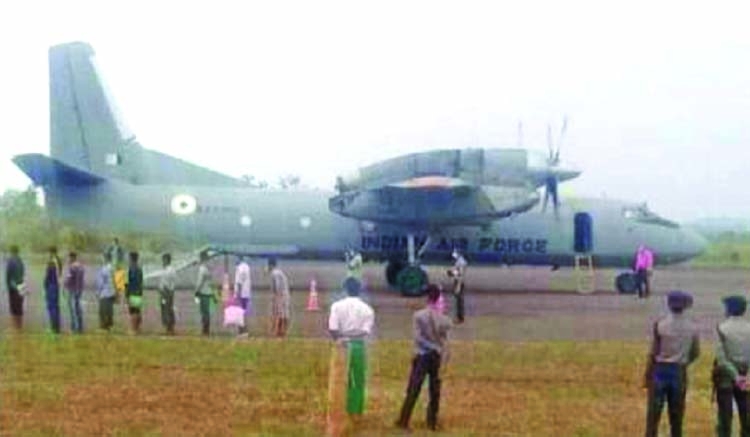 Top leaders of Northeast Indian rebel groups have fled into China after a Burmese military crackdown on their bases in Sagaing province last summer.
ULFA commander in chief Paresh Barua is based at the Dehong Dai and Jingpo Autonomous Prefecture which is located in western Yunnan province of  China. It is  one of the eight autonomous prefectures of the province, bordering Baoshan to the east and Burma's Kachin State to the west.
"Barua brazenly makes calls to journalists and politicians in Assam from at least 16 Chinese numbers. Earlier he would do that from Satphones whose location could not be traced. But now we can trace this to an area, where strangely we find 2-3 persons regularly reading Assamese websites like 'NENOW Assamese' and 'Asomiya Protidin'.
Do you expect Chinese to read NENOW English or NENOW Assamese? Only Barua and his people would read Assamese websites in Dehong," said a senior external intelligence official on condition of anonymity, reports the Eastern Link. The official was recently in Yangon and Guwahati to facilitate the repatriation of the 22 Northeastern militants that Myanmar handed over on Friday to India.
He said calls from several PLA and UNLF leaders were also traced from Dehong  as were calls from NSCN-Muivah leaders Phungtin Shimran and Anthony Shimray alias Nikkhang made to Manipur and Nagaland.
Shimran and Shimray reportedly escaped the Indian intelligence radar in September last year with some armed cadres after the Naga peace process ran into rough weather with interlocutor R N Ravi setting deadlines for Muivah to accept the final settlement  by dropping demands for a Naga flag and a separate constitution for Nagaland.
"These two NSCN leaders are both on the China-Myanmar border," a top leader of the Aung faction of NSCN-K was quoted as saying in Hkamti recently.
"Whenever China is politically upset with us, there will be clashes on the border as happened on May 5 and 9, there will be harbouring of Northeastern militants as we hear now and there will a rise in China- supported Pakistan rhetoric . China may have a few reasons to be upset now and we can see the fallout," said retired Lt-Gen John Mukherjee, a former chief of staff of India's Eastern Army and know vice-president of Calcutta-based thinktank CENERS-K.
Barua suffered a motorcycle accident last year and was treated in a number of Chinese hospitals including the Southern Medical University Hospital run by PLA in Guangzhou , where some medical students from Assam familiar with his picture could spot him in the Trauma Unit. But they did not try speak to him for fear of 'getting into trouble.'
Two of these students who have already passed out and have got the degrees just before the virus lockdown were among the many Indian students flown out of China and are now working with hospitals in Assam. Both spoke to Easternlink on condition of anonymity and insisted they have seen Barua in the Trauma Unit of the Southern Medical University Hospital , where Chinese surgeons operated on him.
So though the handover of the 22 insurgents from Northastern by Myanmar ,  a first time gesture largely credited to NSA Ajit Doval and Deputy NSA Rajinder Khanna's parleys with the Burmese authorities , is a boost in India-Myanmar counter-insurgency operations, it is yet to bag a real big fish in the net.
Analysts say this handover is actually a desperate attempt by the Tatmadaw to seek maximum Indian army cooperation in the fight against the 7000-strong Arakan Army (AA) in Rakhine-Chin states.
The insurgents were handed over to the Indian government on Friday afternoon,  the first time that Myanmar has acted on India's request to hand over leaders of the northeast insurgent groups.
The insurgents, wanted in Manipur and Assam, are being brought back by a special plane.
The plane flying out of Mandalay on Friday will first make a stopover in Manipur capital Imphal, before heading to Assam's Guwahati. "The insurgents would be handed over to the local police in the two states," an Indian diplomat in Myanmar told Easternlink.
Among those deported by Myanmar are some long-wanted Indian insurgent leaders such as NDFB (S) self-styled home secretary Rajen Daimary, Capt Sanatomba Ningthoujam of UNLF and Lt Pashuram Laishram of PREPAK (Pro).
Twelve of the 22 are linked to four insurgent groups in Manipur: UNLF, PREPAK (Pro), KYKL and PLA. The remaining 10 are linked to Assam groups such as NDFB (S) and KLO.
The return of the insurgents is being seen as a result of increasing intelligence and defence cooperation between the two countries from both sides over the last few years.
In 2019, the Myanmar army carried out sustained operations in February and March on the basis of intelligence provided by Indian intelligence.
They also looked the other way when Indian intelligence managed to bring back Khango Konyak, former NSCN-Khaplang group chairman after he had broken off from the main group.

Konyak's group is now part of the Naga peace process along with other NSCN factions, though the main negotiations is done only with the NSCN-Muivah faction.
The 22 insurgents were caught by the Myanmar army in Sagaing Region in these operations.
The Indian army reciprocated by attacking and demolishing Arakan Army (AA) bases in South Mizoram , after which the Arakan Army has been kidnapping  Indian contractors, workers and engineers involved with the Kaladan Multi-Modal Transport project.
Indian intelligence says that these 22 do not include any of the top guns of Northeastern insurgency.
"These leaders were middle rung who were running camps in Sagaing province when the Burmese army attacked and captured them. They were tried in a Sagaing court and their deportation request was processed," said one Intelligence Bureau official in northeast India.
He said the big leaders like ULFA's commander in chief Paresh Barua or PLA's chairman Bharat Chaoren or military wing chief Praveen Sharma stay on the Myanmar -China border around Tengchong, Ruili and adjoining areas.
"The Burmese troops or secret police have made no effort to capture them, maybe because they don't have much control over the northern states like Kachin and Shan. So though the Burmese operation last year has affected the Sagaing based infrastructure of the Northeastern rebel groups, their leaders have evaded the dragnet," the IB official said.
Even some NSCN-Muivah faction leaders are believed to be in Ruili-Dihong-Tengchong axis in touch with the Chinese, though the level of contact is not yet known.
The Burmese have long operated against the Northeastern rebel groups but the intensity of their operations varied.
In the 1960-70s, when the Naga and Mizo groups used the Sagaing-Kachin corridor to reach China for training and weapons, they were often intercepted by the Burmese army , something very documented through interviews with rebel leaders by the late Kaka Iralu in seminal work ' Naga Saga'. At that time, the Burmese were upset with China for their support of the Burmese Communist insurgency.
But after India supported the Burmese pro-democracy movement in the 1980s, the Burmese military stopped operations against Northeastern rebels , which compelled Indian intelligence to reach out to Kachin, Arakanese and Chin rebels .
In 2001, the Burmese military arrested 192 northeast  Indian rebel leaders including UNLF chief Rajkumar Meghen alias Sanayaima but they were all let off despite Indian requests .
Later the Vajpayee government reached out to the Burmese military on the army's advice and India stopped helping the Kachins, Arakanese and Chin rebels.
That process has been continued by the Modi government with army-to-army relations improving dramatically amid fears that India may get dragged into a conflict in Rakhine-Chin because the Burmese army appears unable to handle the Arakan Army which might have already reached some tactical through not political understanding with the Arakan Rohingya Salvation Army (ARSA).