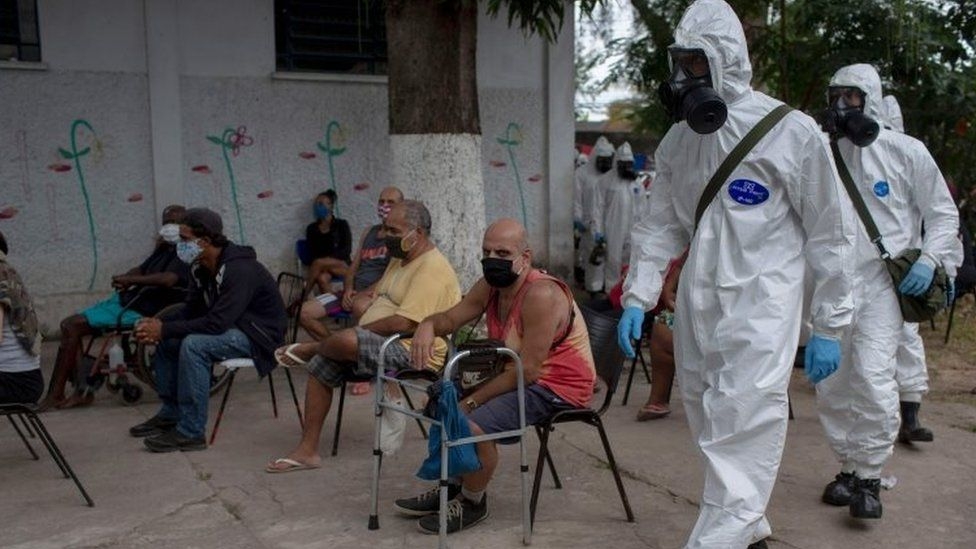 The mayor of Brazil's largest city, São Paulo, has said its health system could collapse as demand grows for emergency beds to deal with coronavirus cases.
Bruno Covas said the city's public hospitals had reached 90% and could run out of space in about two weeks.
São Paulo is one of the country's worst-hit regions, with almost 3,000 deaths so far.
On Saturday, Brazil overtook Spain and Italy to become the nation with the fourth largest number of infections.
The health ministry reported 7,938 new cases in the past 24 hours, taking the total above 241,000. Only the US, Russia and the UK have higher numbers.
The death toll in the Latin American nation over 24 hours was 485, meaning that the total number of deaths is 16,118 - the world's fifth-highest figure.
Health experts in Brazil have warned that the real number of confirmed infections in the country may be far higher than the official records, due to a lack of testing.
Brazil's far-right president Jair Bolsonaro has been strongly criticised both at home and abroad for his handling of the country's escalating coronavirus crisis.
He defied global health advice on social distancing on Sunday when he posed for photographs with supporters and children in the capital, Brasília.
What did São Paulo's mayor say?
Mr Covas said he was now in crisis talks with the state governor over introducing a strict lockdown to try to slow the contagion before hospitals were overwhelmed.
The governor of São Paulo state controls the police, and his support will be essential if a lockdown is to succeed.
São Paulo has the population of about 12 million, and official figures show that the majority of residents have been flouting social distancing rules.