Japan falls into recession as virus takes its toll 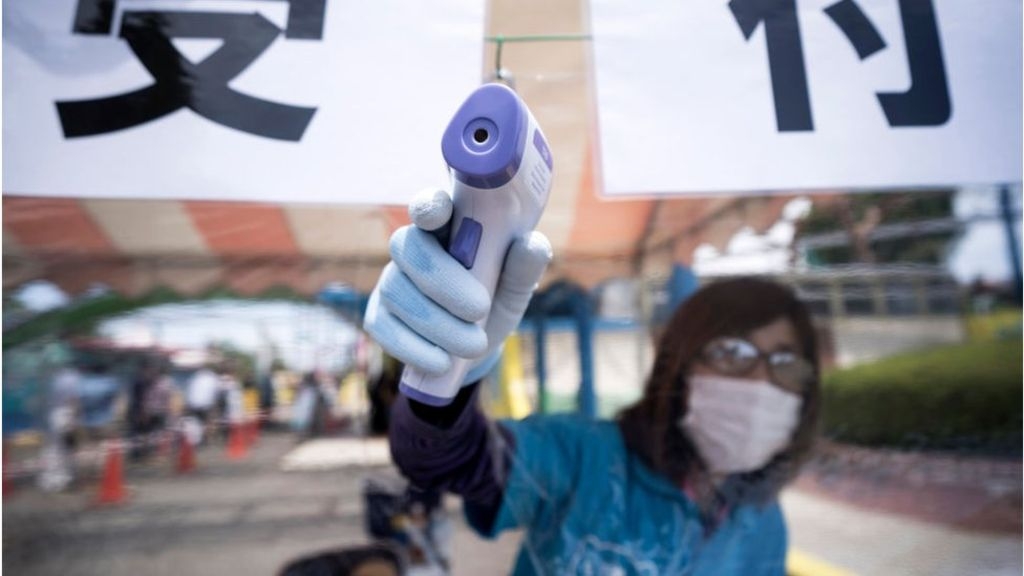 Japan has fallen into recession as the financial toll of the coronavirus continues to escalate.
The world's third biggest economy shrank 3.4% in the first three months of 2020 compared to a year ago, its biggest slump since 2015.
The coronavirus is wreaking havoc on the global economy with an estimated cost of up to $8.8tn (£7.1tn).
Last week, Germany slipped into recession as more major economies face the impact of sustained lockdowns.
Japan didn't go into full national lockdown but issued a state of emergency in April severely affecting supply chains and businesses in the trade-reliant nation.
The 3.4% fall in growth domestic product (GDP) for the first three months of 2020, follows a 6.4% decline during the last quarter of 2019, pushing Japan into a technical recession.
Stimulus package announced
Consumers have been hit by the dual impact of the coronavirus and a sales tax hike to 10% from 8% in October.
While Japan has lifted the state of emergency in 39 out of its 47 prefectures, the economic outlook for this current quarter is equally gloomy.
Analysts polled by Reuters expect the country's economy to shrink 22% during April to June, which would be its biggest decline on record.
The Japanese government has already announced a record $1 trillion stimulus package, and the Bank of Japan expanded its stimulus measures for the second straight month in April.
Prime minister Shinzo Abe has pledged a second budget later this month to fund fresh spending measures to cushion the economic blow of the pandemic.
Other economies see gloom
Last week, the Asian Development Bank (ADB) warned the global economy could face a hit of between $5.8tn and $8.8tn due to the coronavirus pandemic.
The US economy, the world's largest, suffered its sharpest decline in the first quarter of 2020 since the Great Depression, falling 4.8%.
China, the world's second largest economy, saw economic growth shrink 6.8% in the first three months of the year, its first quarterly contraction since records began.
Both of those economies haven't yet been confirmed as having fallen into a technical recession, which is defined as two consecutive quarters of negative growth, but most economists expect them to in the coming months.