Coronavirus: Strict monitoring on highways to prevent transport movement ahead of Eid 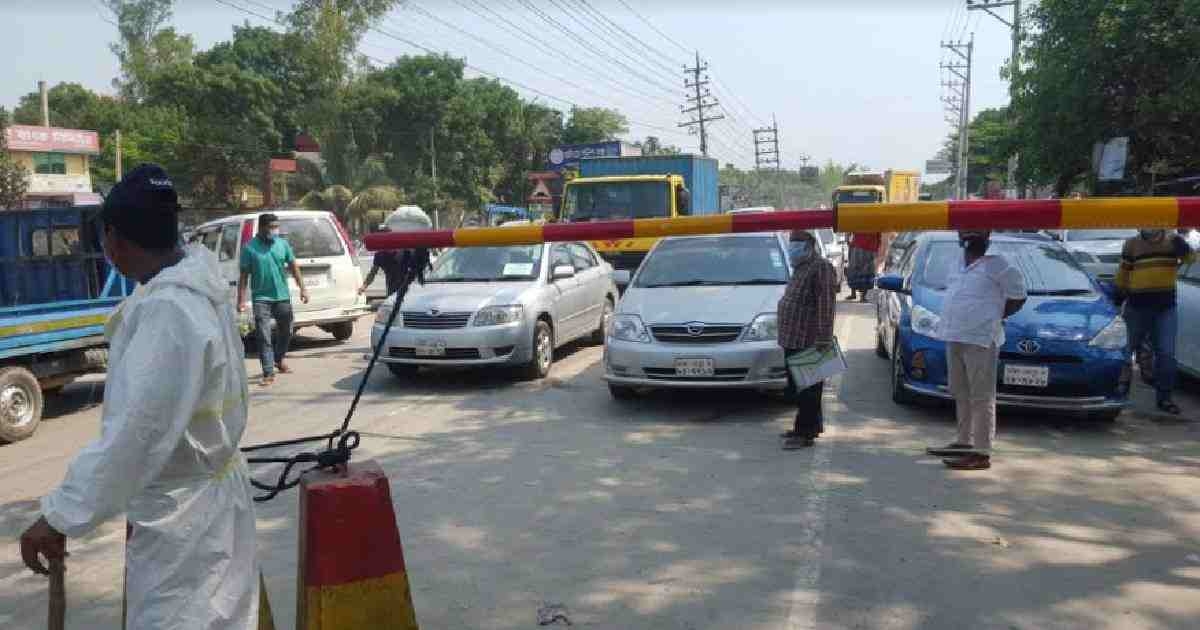 Police have further strengthened their monitoring by setting up check-posts on different highways to strictly restrict the movement of people ahead of Eid-ul-Fitr.
Check-posts have been set up at four important points for checking the movement of people and vehicles. Gazipur Metropolitan Police Commissioner Anwar Hossain said vehicles without emergency services are being turned away.
Two check-posts have been set up on Dhaka-Mymensingh highway at Anarkoli crossing and in Chandona Chowrasta of Tongi, while two others are on Gazipur-Tangail road in Konabari College gate area and on Tongi-Ghorashal road in Mirerbazar area. Police also set up a check-post on Dhaka-Aricha highway in Golra bus stand area.
Private cars, microbuses and pickup vans which are coming from different parts of the country, including Dhaka for Paturia-Daulatdia route, are being halted.
Only vehicles carrying essential items or emergency goods are being allowed to ply the highway. Many private cars and microbuses have been turned away.
Inspector General of Police (IGP) Dr Benazir Ahmed on Sunday directed the police officers to take steps so that people neither can leave nor enter Dhaka taking advantage of the upcoming Eid vacation and the ongoing general holidays.
He also urged people not to travel to their village homes from the capital and other cities during the general and Eid holidays, and follow the health guidelines during the pandemic.