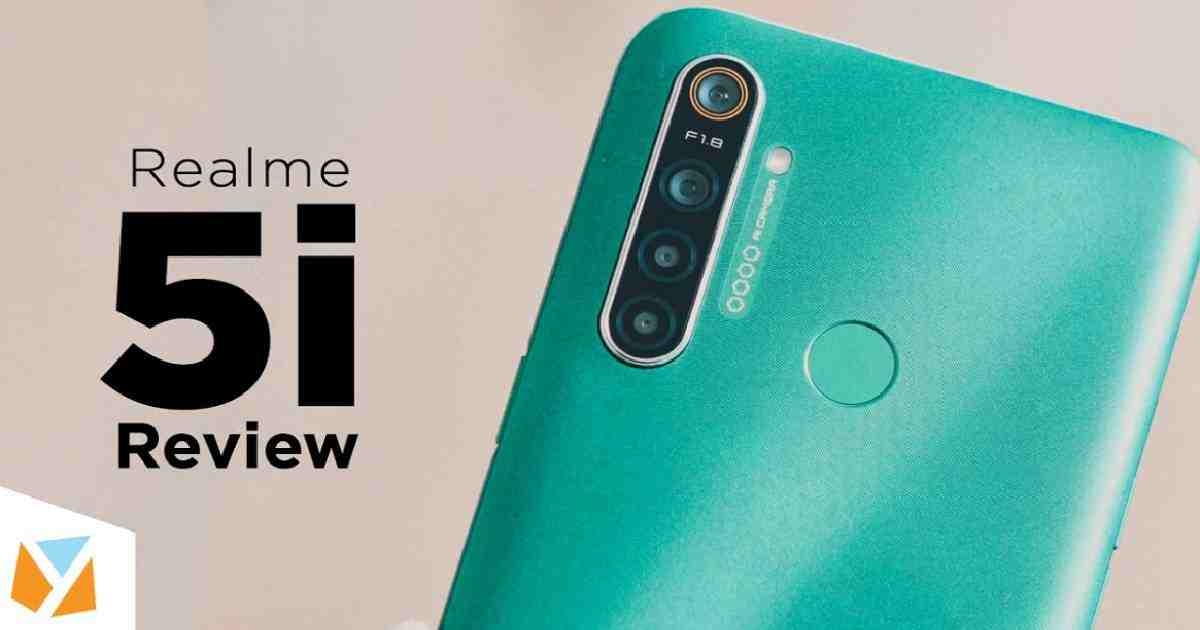 Realme 5i was released on the international market in January 2020. For several months Fans were eagerly waiting for the official release of this chic smartphone. Ending all rumors Realme 5i was released in Bangladesh in April 2020. This smartphone is gaining attention for its nice look with smart features with a reasonable price-tag. If you are looking for a standard smartphone under an affordable price range, don’t miss this review.
Realme 5i Review: Key Features and Limitations
Realme 5i’s 6.52-inch IPS LCD capacitive touch screen is blessed with Splash resistant Corning Gorilla glass protection. 720 x 1600 pixels resolution at 20:9 ratio (~ 269 PPI densities) offers average performance while watching videos. Lack of notification lighting may dishearten you. Outdoor visibility in direct sunlight is not so praiseworthy. But you will definitely enjoy its dark mode which is supported by most of the apps.
Realme 5i would steal your heart with its elegant greenish surface. Its well-built plastic-frame body with 9.33mm thickness would be great for rough use. Its backside comes with a texture that would reduce the risk of getting scratched. Its 164.4 x 75 x 9.3 mm structure is easy to manage. Weighing 195g, Realme 5i may feel a bit heavier due to its 5000-amp battery. But don’t worry! Featuring a slick structure, Realme 5i is great for one-hand usability. Furthermore, its quick fingerprint scanner won’t waste your valuable time.
It may take around 3h to fully recharge Realme 5i’s big battery using the provided 10-watt charger. But this discomfort is rewarded with its 5000-amp battery, which can stay alive for up to two days. Realme boasts about 30 days of standby time for their 5i model. What is more? You can use this device as a reversible charger to power up another phone.
With the tagline of ‘Quad Camera King’, Realme 5i is blessed with four rear cameras. Using its 12MP (F/1.8 wide) main rear camera you can get nice pictures when the light condition is good. However, in low light conditions, the pictures may be affected by noise and grains. Though picture quality is somewhat satisfactory, some users have complained that the color quality of Realmi 5i photos looks a bit oversaturated from natural.
Realme 5i Camera Review
The 8MP (F/2.3, 13mm) ultra-wide camera takes nice capture in daylight. This 119-degree wide lens would encourage you in practicing photography where you go. Realme 5i also offers 2MP, F/2.4 Depth sensor. With this phone, you can take pleasing portraits. Besides these, its 2MP (F/2.4) Macro sensor can fulfill your desire for shooting tiny objects. Furthermore, camera UI offers some exclusive features like Expert, Night mode, Panorama, Slow Motion, Time Lapse, etc.
For the selfie lovers, Realmi 5i is provided with an 8MP (F/2.0) front camera. We have seen superb artificial image editing features in the latest Realme Smartphone. You can enjoy shooting videos (4k @ 30FPS) with stabilization quality. Though Realme 5i camera-line can’t deliver the ‘pro’ picture quality, its dynamic range and color sharpness can produce more than decent pictures/video to share in your social media profiles. On the whole, Realme 5i offers a good deal of camera features under an affordable price range.
This device is programmed with Android 9.0 (Pie) ColorOS 6. It is a matter of hope that Realme has planned to upgrade the OS to Android 10. Realme 5i is available for several variants: 32GB/3GB RAM, 64GB/3GB RAM, 64GB/4GB RAM, 128GB/4GB RAM. You can extend the memory up to 256GB.
What makes Realme 5i out-win the pricier competitors like Redmi Note 8 Pro is its octa-core processor with Snapdragon 665 chipset. Adreno 610 GPU is a gift for those who love to play games on a smartphone. With an average 60 FPS frame rate, this smartphone enters in competition with another pricier competitor Oppo A9. With Realme 5i, you can enjoy the lag-free performance for popular games like PUBG Mobile @26 FPS, Call of Duty @50 FPS, NBA 2K20 @ 30 FPS, Mobile Legend @ 60 FPS, etc.
Read: Redmi Note 8 Pro: Expert Gaming Smartphone Under Budget
In the lower-end of its bottom, you get a 3.5mm headphone jack, charging port, and speaker. However, the loudspeaker is not so loud, which can be annoying to some users. Sitting on the right-side, the Volume Rocker might feel a bit lofty for medium-sized hands. On the left side, it holds a tray slot for dual-SIM and micro-SD card slot.
Realme 5i Price in Bangladesh
The official price of Realme 5i is BDT 12,990. Though Realme 5i has some limitations, considering overall features, this device can certainly give you a bang for your bucks!