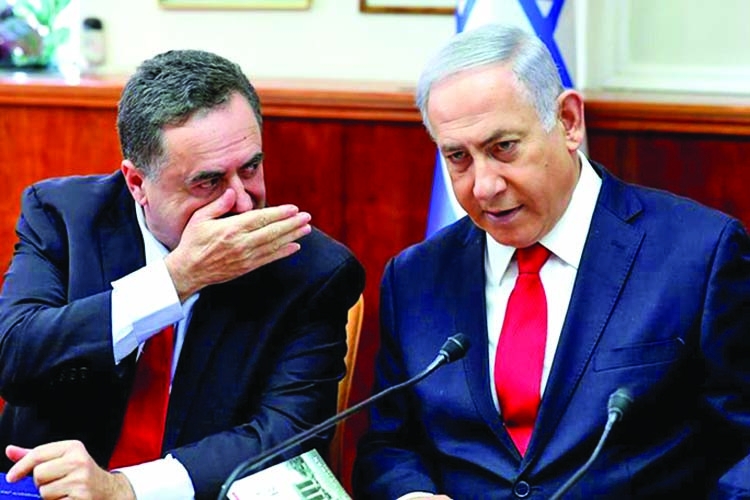 Israel Katz took over as Israel's finance minister on Monday as part of a new government, saying he planned to work towards helping the economy recover from the effects of the coronavirus while also promoting competition. Katz who replaces Moshe Kahlon after a five-year stint said he didn't want to talk about specific economic policies, preferring to first meet the ministry's experts.
"There will be a plan," he told a ceremony to mark the changing of the guard. "It will be accompanied by reforms, ... competition." He has 90 days to pass a 2020 state budget. Israel has been using a pro-rated version of the 2019 base budget. The government has approved an emergency stimulus plan of some 100 billion shekels ($28 billion) to help businesses.

and the economy deal with the effects of the pandemic pushing up the expected budget deficit this year to at least 10% of gross domestic product.?? ??
After weeks of a lockdown, during which jobless claims soared, Israel has begun to ease restrictions. Schools and shopping malls have reopened although restaurants remain closed.
Katz most recently served as foreign minister and previously was transportation minister, where in 2012 he signed an open skies deal with Europe that led to the entry of a host of low-cost carriers to Israel.
Israel's economy has performed well in recent years, although tax reductions and spending increases prior to the COVID-19 outbreak pushed the budget deficit higher, with an inability of the government to take any corrective steps due to a more than one-year political stalemate.
The political deadlock ended after some 500 days on Sunday when parliament approved Prime Minister Benjamin Netanyahu's new unity government with former rival, centrist Blue and White leader Benny Gantz.
Katz is the first finance minister from Netanyahu's Likud party since 2013, as the post went to coalition partners following elections in 2013 and 2015.
"Should Netanyahu provide strong political backing, this could be one important ingredient towards the success of Katz," said Bank Leumi chief economist Gil Bufman, adding that cooperation with the ministry's staff, effective dialogue with the business sector, unions and the central bank "could be what economy needs right now".
He noted that this situation is reminiscent of a similar one in the early 2000s when the economy was in poor shape and Netanyahu, then a new finance minister, received strong backing from his prime minister, Ariel Sharon.